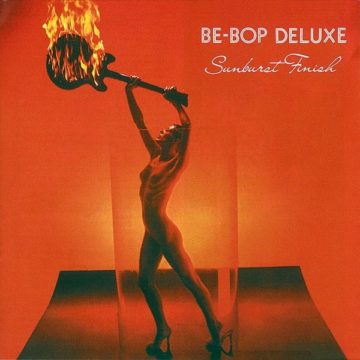 This sumptuous four-disc expanded reissue of Be-Bop Deluxe’s third album is an endless treasure trove for the fan and a perfect tribute to the preposterously talented frontman, Bill Nelson. At its core lie the ten original tracks that need no new polish (though the remix is splendid) and gush an emerging guitar talent that still shines through Nelson’s solo work. There are lovely hints of Bowie, Genesis, Gentle Giant, Queen, and even Utopia. Tight ensemble playing alternates with spacial interludes painted by Nelson’s shimmering guitar, and the songs deal with lost love, life on the road, irony and wonder. “Fair Exchange”, the opener, sounds like Yes with a sense of humor, and Andy Clark’s keys chase Nelson’s guitar in fun. “Crying in the Sky” is a cushy nod to Jimi Hendrix. “Blazing Apostles” is a great closer and makes a valid point about commercial religion. This collection, with outtakes and some nice video, is the perfect place to start one’s exploration of Nelson’s music. Eric Johnson must have heard Sunburst Finish before he staked out his ground, and it may have influenced Ronnie Montrose to form Gamma. So listen to Be-Bop Deluxe. It will stun you.

J. S. Mason, of the hinterlands of Indiana, U.S.A., is a former mailman with an overly-robust record collection and an affinity the early works of Cameron Crowe and Ben Fong-Torres.
RELATED ARTICLES
album reviewalbum reviewsbe-bop deluxe
9.0