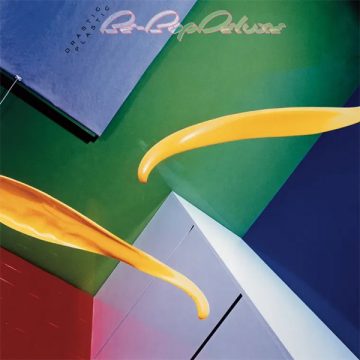 As we age, it is natural to take stock, and to look back upon our life and work. Doing so gives us an idea of where we have been, and an understanding of where we may be going. Such seems to be the case with Bill Nelson of Be-Bop Deluxe, who has been releasing deluxe packages of his band’s work in recent years. In this case, we have Esoteric Recordings’ brilliant reissue package of Drastic Plastic, Be-Bop Deluxe’s final album, originally released in 1978.

This expanded reissue is, well, expansive. In addition to the original album (having been re-mastered from the original master tapes), it features an additional 88 tracks drawn from stunning new 5.1 surround sound & stereo mixes from the original multi-track tapes by award winning engineer Stephen W. Tayler. It also includes previously unreleased out-takes from the album sessions, a BBC Radio John Peel Show session from January 1978, and a CD of Bill Nelson’s previously unreleased demos for the album, A Feeling of Playing.

This is impressive, but exactly how impressive, may be directly proportional to one’s love of this band and their music. Drastic Plastic was and is a great album, and is a work by an artist at a musical crossroads. Together with his band and co-producer John Leckie, Nelson pays respect to the prog, glam, and straight-up rock ‘n’ roll that were his stock-in-trade on previous albums, but he was also soaking up some of the punk and new wave sounds that were prevalent in the late 1970s. Nelson can be seen straddling two eras of rock, with one foot in each. The result is an eclectic musical pastiche that almost always works. 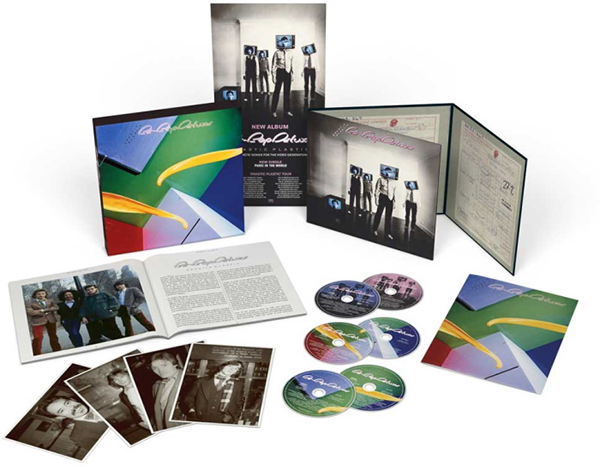 For those of us who were around when Drastic Plastic was originally released, listening to the original stereo mix re-mastered is a trip down memory lane, but the quality of the sound does not seem revelatory. The real meat of this collection, and the true cause for celebration lies in the inclusion of demos, live performances, and new stereo mixes. It is such a treat to hear the evolution of these songs, from demo sketches of almost-hatched tunes to finished tracks. Additionally, the presence and clarity of the new 5.1 stereo sound mixes are absolutely brilliant.

Not to diminish the album, or the effort that was required to put this project together, but this reissue package may be a lot to take in, for someone who is a passing fan, or is new to the music of Be-Bop Deluxe. While the alternate takes and previously unreleased tracks give the listener some context and insight into the themes and ideas that Nelson was exploring, it is fair to say that one would have to be a hardcore fan or collector, to really buy in.

Musician, writer, and grandad Bryan Williston is a fan of music in all of its forms. He loves to listen to, play, and talk about music, and to share his ideas with others. Despite the failings of humans, he is hopeful about the future, and thinks that Spill Magazine readers are just the best. Bryan lives in Whitby with an assortment of people and dogs.
RELATED ARTICLES
album reviewalbum reviewsbe-bop deluxe
8.0