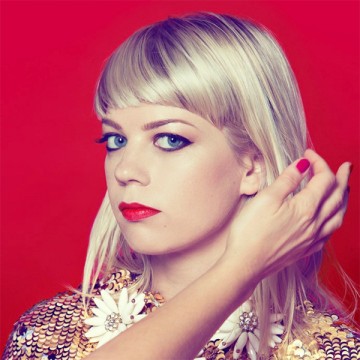 On Basia Bulat’s fourth record, she finds her vulnerable place. Amidst the percussion-driven ballads Bulat sounds her best, crooning above wounds that have seemingly become scars. Good Advice is the kind of record that shows how much its singer has evolved, not just as an artist, but as an individual. Basia Bulat has never felt more in touch with herself than on these 10 tracks, all of which give the impression that they’ve seen the other side of the pain instead of calling from within it.

Accompanying these lyrical strides, the instruments stay simple and complimentary. When you break it down, the most vital instrument she has to offer is her voice, which aches and shakes with past agony but shines with a cheer of confidence. Alanis Morissette and Stevie Nicks come to mind, nodding to an artist with enough experience to know the exact limitations of their craft. It’s really Bulat’s maturity as a vocalist and lyricist that steer Good Advice to its successful niche – she really could be singing about anything, but the honesty portrayed here puts this record at the top of her collection.

The record’s opening tracks particularly shine. The bittersweet “Long Goodbye” reconciles the grief with the inevitable growth with more candor than other tracks, as Bulat embraces the end of this record-inspiring relationship by running into its arms. The jazzy title track is a standout as well, owning her mature decisions to leave the past in the past. This is followed by “Infamous,” which sounds like a raw Feist demo, backed by subtle horns and the clamour of drums beneath Bulat’s conviction-filled words.

Even though some tracks stand out more than others, there is no real big moment on Good Advice. The album is handled well through and through. As we move on with Bulat in the final act, “Someday Soon,” all of the playfulness is tugged down into a foggier hum. The closer acts as the serious, final step in this revelation of despair becoming repair. With this track, Bulat closes the chapter on this story, and while it is not a record of devastating heartache or attention-seeking ballads, Good Advice is rightfully punctuated by its finale, and we, along with Basia Bulat, feel set free.

Robert Defina is an avid critic both on paper and in person. He spends more time writing album reviews than he does worrying about his future. He hopes that this sort of procrastination never grows old.
RELATED ARTICLES
album reviewsbasia bulatsecret city records
7.0