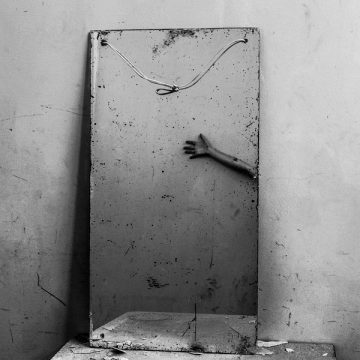 Canadian singer and songwriter Barzin has released a live EP: “Studio 13 Session Live at Revolution Recordings”. Currently signed to Monotreme Records, Barzin has been making beautiful, melodic ear candy since 2003, from his self-titled album Barzin  to his latest full-length album To Live Alone in That Long Summer. Since then, it seems that Barzin hasn’t lost his step with this terrific, rich sounding EP.

The EP is comprised of five outstanding live performances, each with its own DIY charm and deep resonance, very much like his studio albums. Live moments on the EP, such as “All the While,” show just how impressive Barzin’s aromatic vocals are when accompanied by the beautiful use of stripped-down guitar and percussion elements. Other treasures include “Hard to Love Blindly,” which gives off vibes of a quiet night under the stars with its use of lazy guitar patterns and subdued drums.

Overall, this EP is composed with such finesse that it’s impossible to dislike any of the performances on it. Each song flows seamlessly into each other, creating a sort of live melancholic confessional with lovely lyricism and instrumentality. The only gripe with this album is it’s too short: one wishes for more to enjoy and not less, but it makes up for this with its quality.