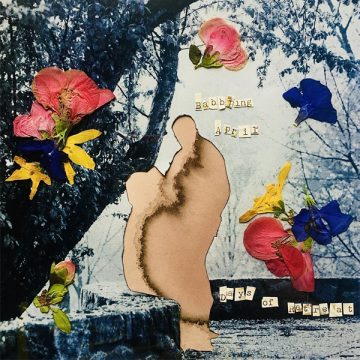 How do you get out of the shadow of a band you are most compared with? Washington D.C. trio Babbling April are doing just that. Those who heard their previous singles and two EPs as well as Days of Retreat, their debut album proper, will certainly notice that another trio, Yo La Tengo, have had a serious influence on their sound.

Certainly an excellent band to be influenced by, and there is nothing wrong with that at all. But how do you form a musical image of your own? Based on this album, Babbling April seems to be on the right track. The first thing the band seemingly did is to study what has made Yo La Tengo sound so good. The key could be in the fact that their Hoboken, New Jersey counterparts are avid fans of all good music which they incorporated into their sound, adding a twist completely their own.

While Babbling April have yet to reach that level, they are certainly on their way. They themselves seem to have an extensive record collection, picking up on everybody, from ‘70s punks to New Order and Echo and The Bunnymen, and beyond. They have also picked up in the right way the YLT’s concept of alternating between loud and quiet, hot and cold, if you wish, like the difference between “City to Spit In” and “Russet Witch.”

Lastly, a constant series of live gigs has given Babbling April all the right chops to sound good, and Days of Retreat amply shows that they can come up with something really good. Time will tell.