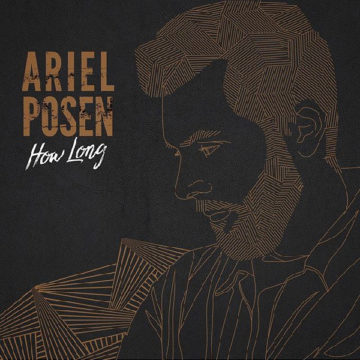 In 2013, two brothers from Winnipeg got together and decided to form a band.  Just like that, The Bros. Landreth was formed, a folksy, alternative rock group responsible for hits like “Let It Lie” and “I Am the Fool”. Although the foursome racked up various awards and trophies over the years, it is now apparent that their most prized possession was actually their guitarist, Ariel Posen, whose first solo album, How Long, hits shelves and streaming platforms today.

Posen’s undeniable appeal radiates throughout the album’s 10-track, 34-minute duration. Like a fusion of John Mayer and a young Bruce Springsteen, his silky-smooth voice serenades listeners with purposeful songs, ripe with contemplative lyrics and top-notch wordplay. While he does flex the ability to make his audiences swoon with tender love songs like “Can’t Stop Thinking About You” and “Better Late Than Never”, Posen is truly at his best when he is simply thinking out loud.  For example, on “Things That I’ve Said”, Posen sings, “I don’t feel so rough when I don’t measure up to the things that I’ve said”. Lyrics like this, so convincingly written through the perspective of the everyman, really resonate with listeners.

When it comes right down to it, How Long is a near-perfect debut from an extremely experienced musician. Everything, from the songwriting down to the guitar-playing, is first-rate.  With tracks like this, Ariel Posen could have gone solo years ago!

Nick Hemming is a music enthusiast from Louisville, Kentucky. His favorite music is hip-hop, but he also has passion for classic rock, alternative, pop, and just about anything that involves a piano.
RELATED ARTICLES
album reviewalbum reviewsariel posen
8.0