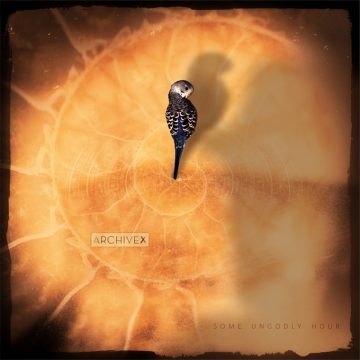 In reviewing this album, I found my emotions mixed yet surprisingly pleasant. The first song, “Some Ungodly War,” opens with an intro akin to an old spiritual. For the first few moments I swore I could have been listening to Shirley Caesar’s “Satan, We’re gonna Tear Your Kingdom Down.” The drama of the intro and the gospel feel of the track was something unexpected yet oddly refreshing. I finally realized I wasn’t listening to Shirley when I heard the lack of lyrics on that first song. I kept waiting to hear the mother of gospel music come soaring in but when her vocals never arrived, I realized this was something different and new, something I had never quite heard before. The first track served as an introduction to one of the most eclectic albums I have ever listened to. “Pilgrim of Sorrow” had a lead vocal filled with the subtle nuances of breath throughout the track adding a vulnerability that made it not only sexy but also mysterious to listen to.

I particularly liked the track “Hard Times,” a song that could have transported me to a dimly lit music club with its Jazz and Blues feel. The piano solo proved to be both mesmerizing and overall very fitting to the lead vocals, which were filled with so much grit and expression that it really intrigued me to listen to, and I enjoyed not just the lyrics and melody but the overall groove of the track. The song “No Words” took me back to my teenage years when TV shows would play an unidentifiable but somehow really melancholy melody in the background of whatever life-altering drama was occurring on the screen. Although absent of lyrics, the sorrow in the melody was enough to truly resonate into my psyche and as I transitioned into tracks “Brother,” “Miracle,” and “What You Need.” Personally, I preferred the songs with a stronger lyrical content, but for an album that had equally as many instrumental tracks, I found myself pleased by how well both the lyrical and non-lyrical tracks went together on this album. ArchiveX proved to be eccentric and fun and worth a listen!