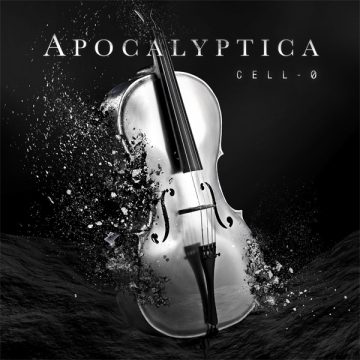 Apocalyptica is back with their ninth studio album Cell-o, which is also their first fully instrumental album in 17 years.

The Finnish cello quartet are perhaps best known for their deeply emotional instrumental covers of metal classics like Metallica’s “One” and “For Whom The Bell Tolls.” However, their original instrumental compositions often move beyond simple singles and often form cohesive and complex albums.

Cell-o is such an album. Each track has something special about it. “Ashes Of The Modern World” has a distinct ethereal feel to it, while “En Route to Mayhem” features an exhilarating depth with solos that border on trash metal.

However, it is “Fire & Ice” that totally devastates with its beautiful blend of traditional Celtic music blended with the baroque-styled cellos. True to the epic metal ballad style, “Fire & Ice” is a rollercoaster of emotions, lulling listeners in and then blasting them away. It is a must-hear for anybody who appreciates Apocalyptica’s approach to the genre.

Apocalyptica really pushed themselves creatively on Cell-o. Most of the tracks feature blends of emotions and influences, often resulting in a mesmerizing mashup of sounds pulled along by the moody cello melodies they are so well known for.

Samantha “Sam” Stevens is half a music journalist, and half an academic scholar. With a graduate diploma and MA in Journalism, Sam has covered musicians all over the world and her work has appeared in Guitar Girl magazine, North Bay Nugget newspaper, The Link newspaper, and a few others. She even founded and managed her own music blog The Littlest Voice for 5 years, in which the spotlight was thrown on new and emerging indie artists around the globe. Currently, Sam is a PhD student at Carleton University in the School of Indigenous and Canadian studies where she is continuing her MA research on colonial language in Canadian news and government institutions.
RELATED ARTICLES
album reviewalbum reviewssilver lining music
8.0