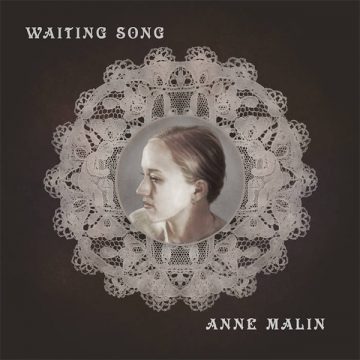 How does a combination of Cowboy Junkies and Coco Rosie, both at their most imaginative, sound to you? If the answer to that question is an emphatic yes, then Waiting Song, the second album from Anne Malin, is for you.

The duo of Anne Malin Ringwalt and William Johnson create some kind of ethereally-spooky Americana, dominated by Ringwalt’s vocals that are combined with some equally eerie electronics and pedal steel guitar.

Originally from North Carolina, the pair moved to Nashville, and it is hard to say whether the capital of country music added to their sound or their sound added atmospherics to country music. Either way, it makes no difference. What we get on Waiting Song is quite a unique sound that can be in some ways compared to the two above-mentioned artists, but also presents a sound specific to itself, whether it is the opener “Empty Is The Day,” the title track, or “Pearly Sleigh,” a song that could grace any special Halloween playlist–or any playlist, period.

There have been quite a few albums recently that can be characterized as very late night listening, but this one is certainly close to the top of that list.