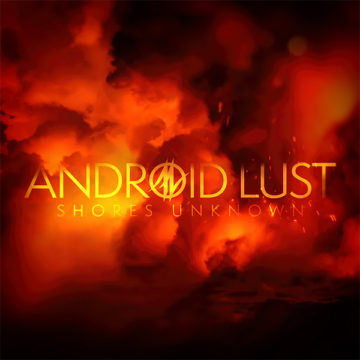 Shores Unknown is a new and somewhat short release from Shikee, known as Android Lust. It is her first release since last year’s remarkable Berlin album. This EP is really three songs (there are also two remixes, bringing the total number of songs to five). Two of the songs were written and produced specifically for a horror video game, Agony. The EP also features an additional studio track, the single “Liquid.”

Once again, Android Lust does more than create music, she creates atmosphere and mood. This is essential in creating a soundtrack. Whether it is a video game or movie, the music still serves the same purpose, it is a soundtrack. The first two songs, “Shores Unknown” and “Born to Rule” feature some of her best vocals ever. Both songs are featured in the video game but work on their own as well. She does things with her voice that are almost otherworldly, and they fit perfectly. The songs are electronica, disconcerting, and in some ways disturbing. Great songs.

The real champion of the EP though is the stunning “Liquid”. It is actually more frightening and unsettling than the other two songs for the video game. It is an instrumental with some great vocalization from Shikee. The song sounds metallic and is completely unnerving. Shikee is not one to shy away from using everything available to her to make music and “Liquid” is a prime example of this. Quite frankly, “Liquid” is worth the price of admission alone.

The first remix by Eric Beam, “Shores Unknown (Forgotten Story)”, is not so much a remix as it is a whole new song. It creeps in, again using her vocals and creeps back out, with the strong electronica backing. A remarkable achievement. The other remix “Born To Rule (I, Parasite Remix)” seems to try a bit too hard to be scary, but the overall musicality is quite atmospheric and well-produced.

Android Lust is a brilliant artist, and once again she has produced brilliant work. Shores Unknown fits well into her catalogue, and it makes one wish it was a longer album, but what is here will hold the fan until she releases her next album.

Born and raised in Whitby, Aaron discovered music through his love of The Beatles. This led to a career in radio, writing for various publications, and ultimately a radio show about The Beatles (Beatles Universe), which ran for over four years. When not immersed in music, Aaron enjoys spending time with the loves of his life -- his wife Andrea, and daughters Emily and Linda (all of whom have an intense love of music too).
RELATED ARTICLES
album reviewalbum reviewsandroid lust
7.0