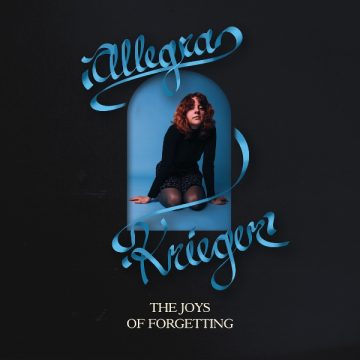 On The Joys Of Forgetting, her latest album, Brooklyn’s Allegra Krieger is in that second group, at least for the moment, as the album sounds like an inherent promise of even better things.

The moment “The Push and Pull” opens the album, you get the clear feeling that Krieger possesses all the elements that could spell really good music – a clear, pleasing voice, melodic structure of songs that do not simply serve as a background, and some thoughtful, intelligent lyrics. As the album progresses, Krieger also emerges as an excellent arranger, exemplified through the way strings play their role in tracks like “Welcome” and “Forgot.”

In essence, The Joys Of Forgetting turns out to be one of those singer-songwriter albums that will not simply be played once and then turn into one of the dust collectors on your shelves. It deserves much better.<

Formerly a lot of things, including a journalist and a translator, currently a freelance writer living in The Netherlands.
RELATED ARTICLES
album reviewalbum reviewsnorthern spy records
9.0