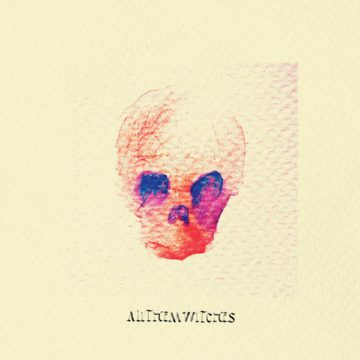 There is no question that Nashville-based quartet All Them Witches are capable of producing music for the genre that they are frequently pigeon-holed into – psychedelic/stoner rock – but it does them no service to do so. Given the raw, gritty, dirty rock aesthetic that they created with 2017’s standout release Sleeping Through the War, it is obvious that such genre labels are the product of the industry much more than it is the band itself. Unfortunately, it would seem that with ATW, the band’s most recent album release, the foursome has taken a big step backwards in producing music of unquestioned quality or atmosphere, let alone that which defies genre labels.

The biggest drawback of ATW lies in its penchant for repetition. Not only are the lyrics exceedingly simple and often-repeated, but entire musical phrases seem to be almost cut and pasted over and over; the best example of this worrying trend is “1st v. 2nd”, a song that seems to only use one repeated lyrical line and a guitar & organ riff so painfully replayed that it’s hard to get through the song’s first two minutes, let alone its nearly six minute run-time. The bizarrely named and equally bizarrely structured opener “Fishbelly 86 Onions” features lead singer Michael Parks Jr count to twenty, a moment that goes on far too cringingly long, while “Diamond” sounds like a different band altogether. Second track “Workhorse” is the one rare nod to the quality that the band is capable of, and as such it is also the song most reminiscent of 2017 album Sleeping Through the War.

Maybe this is a bit a blip of an album from a band that is capable of better, or maybe it is a collection of oddities that was pushed out too soon; no matter how you slice it, this is neither the band’s best work nor a good entry point for any listener looking to learn more about a band with a lot more to offer.

Br. lives in southern Ontario, grew up on The Beatles and The Journeymen, spent his adolescence immersed in grunge, and his adulthood in British alternative. His greatest joy is seeing his son dance and grow into his own appreciation of the indescribable joy of music...
RELATED ARTICLES
album reviewalbum reviewsnew west records
8.0