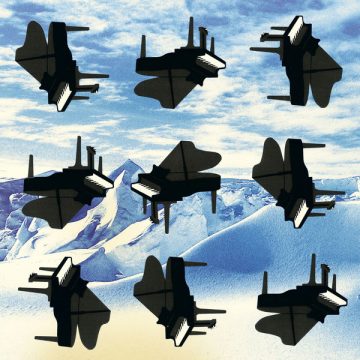 Hot Chip’s frontman Alexis Taylor has released his third solo album, Piano. Despite the music released under Hot Chip, electric Pop beats and funky synth sounds are no where to be found. The best way to describe the album in the most of simplest of ways is, in fact, piano.

The album is meant to be a celebration of friends and music portrayed through the simplicity of a single man and his musical instrument. It takes a little time, but after listening to the album more, the simplicity is what makes it a beautiful one. There’s something special about how quiet and still the music sounds. Whether it be a cover song or an original piece, each track chosen means something personal to Taylor. The lack of special effects keeps the album organic, and even intimate, making it sound as if the listener is sitting in the same room during the recording. It’s an interesting and appealing concept, especially for those who are fans of cleaner sounds.

Upon first listening to Piano, it may not sound like much because of how simple it is. Even when played on the highest audio level, it still sounds fairly quiet. However, that’s no reason to dismiss it. After listening to Taylor’s voice on repeat a few times the emotion within is apparent. There’s a range of feelings waiting to be heard, all reflective of how dynamic and unpredictable life is.

The gem of this album is clearly the hidden track. It sounds as if it were recorded on an older device, complete with the sound of the tape in the background. Surprisingly, there isn’t a single piano note in this track, but instead a guitar. Despite the lack of ivory keys, it still fits well with the overall theme of Piano.

Music and writing have always been a big part of Sabrina's life. She would "borrow" her dad's rock and metal CDs from his collection and listen to them while going through the art books. Although she doesn't write angsty poetry anymore, she does have a Bachelor's Degree in Journalism which she uses to pursue a creative career path. When she's not writing, Sabrina can be found juggling a coffee cup and DSLR or Instagramming her food.
RELATED ARTICLES
alexis taylorhot chipmoshi moshi