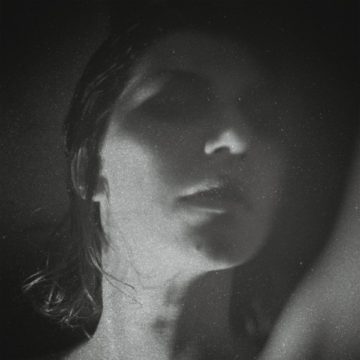 Actually Party, Harding’s second album was recorded in England under the auspices of John Parish who also produced PJ Harvey and late great Mark Links, aka Sparklehorse. Not your run of the mill crowd anyway. The album was recorded for the rejuvenated 4AD label, which of course came out with an extensive press release praising their artist. Usually, when these come your way, you try to skim through all those high praises, partly not to be disappointed with what is actually in the grooves. This time around, my eyes caught the sentence where the label said that “Party sees Harding shape-shift through a variety of roles: chanteuse, folk singer and balladeer”. And I have to be frank – I haven’t seen a more precise description in a press release for a while.

Of course, there are quite a few musical shape-shifters around these days. Will Oldham, or Bonnie ‘Prince’ Billy being prime examples. But Aldous Harding here seems to go even a step further – she practically changes the tone of her voice for every role she adapts in her songs. And I can tell you straight away – if she would audition for film roles based on her songs, she would get any role she wants. The music of her songs adopts accordingly. Take the first two numbers here “Blend” and “Imagining My Man” – while introductory “Blend” fits perfectly into something you would categorize as a true 4AD number.  Subtle electronics and high register voice, “Imagining My Man” would fit as one of the better Kate Bush paired down ballads Bush didn’t record herself.

The role the voice plays, continue to the closing track “Swell Does The Skull”. Parish also seems to fit each of the numbers with a precise instrumentation and arrangements as to perfectly go along with Harding’s games. Late night games. But most of the accolades go to this lady from that faraway land. Essential listening.

In celebration of Party, Aldous Harding will be performing the following Canadian shows:

Formerly a lot of things, including a journalist and a translator, currently a freelance writer living in The Netherlands.
RELATED ARTICLES
album reviewsaldous harding
7.0