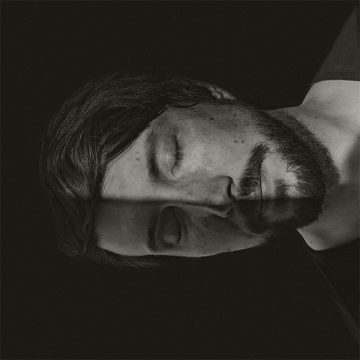 Since the release of his previous album, Each Other in 2016, Aidan Knight has undergone huge personal change: he moved to Berlin and back to Canada, celebrated the birth of his first child, and went sober in 2017. His newest album, self-titled Aidan Knight, was recorded in Montréal, Berlin, and around coastal British Columbia.

These moments of change have clearly informed his fourth album. The self-title is fitting because that is exactly what the album offers: Aidan Knight, embracing vulnerability and authenticity.

Knight’s lyrics are personal and revealing. He explores loneliness, depression, death, and self-hatred, as well as hope, contentment, and love. On “La La”, he sings about going to therapy and “filling up the void” over up-tempo instrumentation. “Mary Turns The Pillow” is an intimate rumination on grief. “Slacker II” is another album highlight – Knight sings, “we kiss like strangers in the here and the now / oh my god” as the song explodes into a dark and rumbling breakdown, complete with a fiery guitar solo.

Musically, Knight has traded the dreamy soundscapes of Each Other for raw and precise production. Each instrument feels distinct, yet all fit together like puzzle pieces. Knight embraces dissonant guitar through the album, opposing the softness of the other instruments in a way that resonates with the lyrics of confliction and self-exploration.

On this album, Knight wears his influences on his sleeve. It is obvious that Knight has toured with Andy Shauf. Sufjan Stevens pops up in the intro to “Veni Vidi Vici”, “St. Kierans” could be an Andrew Bird song, and “Houston, TX” is a blatant nod to Neil Young’s “Old Man.” For the most part, Knight is able to channel these influences into his own style and create something that feels new.

However, there are times when it feels too familiar. “These Days” is a beautiful song, but it sounds extremely similar to John Mayer’s “You’re Gonna Live Forever In Me”, another piano-centred album closer with a virtually identical melody. “Julia In The Garden” sounds like someone took a song from Andy Shauf’s The Party and added guitars from The Beatles’ later work. Unfortunately, these moments of musical déjà vu take away from the album.

Overall, this is a personal, intimate album and a welcome return from Aidan Knight, a musician who is still carving out his own identity, but is happy to bring us along on the ride.

Kieran Davey is a freelance writer and music enthusiast from Vancouver, Canada. He particularly enjoys alternative rock, groovy hip-hop, and basically any music from the 60's. Aside from reviewing music, he also loves playing guitar and spending time in nature.
RELATED ARTICLES
aidan knightalbum reviewalbum reviews