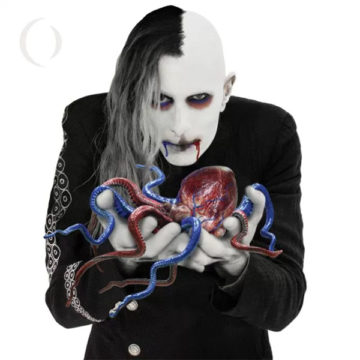 The world has undergone almost immeasurable changes in the years between the releases of A Perfect Circle’s third and fourth albums. 14 years is easily quantifiable, but any attempt to qualify the scale of the changes that the world has seen during that span of years would most certainly be an exercise in futility. And yet, with Eat the Elephant, A Perfect Circle attempt exactly that, or at least, that is part of their goal. More accurate may be the band’s decision to use this album as a means for communicating just how destructive to humanity and to the human spirit our current reality, shaped by our past and our own consumptive greed, has been and continues to be.

Any creative product involving Maynard James Keenan, the co-writer and most notable band member of A Perfect Circle, will be shaped by his intelligence and his eloquent cynicism. Lyrically, this is yet another reminder of the breadth and depth of his humanity, though it is as ever soured by society, religion, politics, and our culture of greed. “Disillusioned” is a study in consumption, with our interconnection as people the cost, while “The Doomed” is a damning portrait of present-day values that closes with the lines

Most interesting of any of the album’s offerings, “So Long, and Thanks for the Fish” may be the most tongue-in-cheek song about our impending atomic doom that has ever been written, both lyrically and sonically, especially considering the source. In all, this is less a return to form and more a caustic reminder of Keenan and this band’s ability to craft an album around blistering, relevant social commentary.

Musically, there is little new ground being broken here aside from the inclusion of strings and quasi-orchestral arrangements on a handful of the songs. Other than “So Long, and Thanks for the Fish” and “Hourglass” (the album’s one big miss), much of this album would sit comfortably alongside any of the band’s other releases musically. The end result is that the whole thing ends up feeling a bit same-ish and predictable. The album as a whole is saved by the acerbic wit and poke-in-the-eye lyrical style, but still fails to truly transform the listener in the way that many had hoped for, especially considering the band’s wealth of talent.

Br. lives in southern Ontario, grew up on The Beatles and The Journeymen, spent his adolescence immersed in grunge, and his adulthood in British alternative. His greatest joy is seeing his son dance and grow into his own appreciation of the indescribable joy of music...
RELATED ARTICLES
a perfect circlealbum reviewsbmg recordings