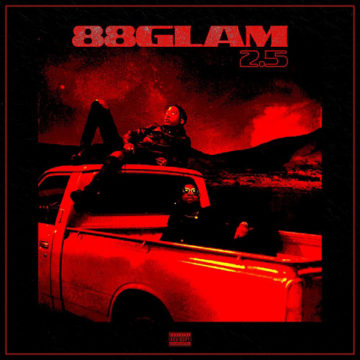 Derek Wise and 88 Camino’s deluxe album consists of trap-style rapping and auto-tuned singing. The album is filled with the unique sounds they are known for. With 88 Camino singing melodic hooks, and Derek Wise delivering a dark rap style.

Although this may appear to be a deluxe album, it fails to add anything new. The album contains two unimpressive remixes of “Lil Boat” and “Snow Globe”. Despite giving the audience two new songs to listen to, the album remains the exact same and the two additional songs fail to deliver.

I'm a just lover of hip-hop and photography who grew up in Ajax Ontario. Through this platform I hope to share my opinion on the world of rap and bring a new perspective to new upcoming acts, artist, and the music scene. In addition to being a lover of hip-hop, I love to capture photos of these artist in the mean while.
RELATED ARTICLES
88glamalbum reviewalbum reviews