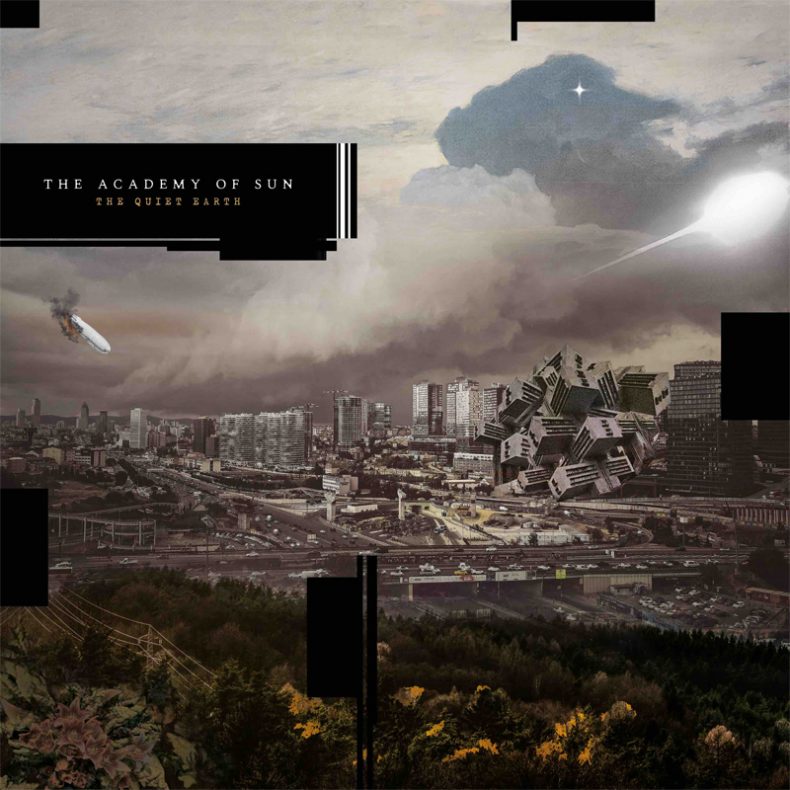 THE ACADEMY OF SUN – THE QUIET EARTH

With so much happening around us at the moment, sometimes we can feel that were being pulled in different directions. There’s also such a plethora of music out there at the moment, that it’s hard to separate the wheat from the chaff, so to speak, due to the sheer volume that is being released habitually. Due to both of these observations, it’s always a very welcome discovery to find an album that seems to have a naturally invigorating effect through the listening experience. Here we present one that fits the bill – the latest offering from Brighton based art-rock quartet The Academy of Sun.

At the same time, there’s enough diversity in their new album The Quiet Earth, so you should never be left unsatisfied, but always eager to hear more from where this came from.

This is melodic alternative pop at its best, with this long-play representing an expansive offering of breathtaking ambition. From start to finish, from roof to floor – this album has more. Diversity, melodicism, dreamery, awakening, grounding, eruption. You can find it all in these 15 tracks.

“The Quiet Earth is the summation of all of The Academy Of Sun’s ambitions and aspirations so far – created over many creatively-fired months in Church Road Studios, Hove, with Paul Pascoe (Barry Adamson, etc.) manning the desk – it’s an opulent but human super-bolide meteorite sandblasted out into the world with love and fire, humility and humour, addressing our heinous disruption of the natural world, irradiated landscapes, extremes of human emotion, inhospitable frozen terrains, ‘transgressive’ lifestyles, queer sexuality, organised religion’s unscrupulous and historic censoring of the rebel spirit. Like if Werner Herzog made a chamber-prog-punk record under DMT in The Chelsea Hotel,” says Nick Hudson.

“If there’s a literally kernel to its ignition, it would be Plutopia by Kate Brown – a horrifying, impassioned and revelatory study on the plight of the communities left behind in the wake of the cold war nuclear arms race – both in Hanford, Washington and Chelyabinsk in the Russian Urals.”

Hudson’s fascination with the former Soviet Union rings through, with the latest single ‘Rose Devoid of Form’, a composition upon layered analogue synths and samples from the Russian number station The Buzzer – alongside field recordings of a train pulling into Pripyat, the abandoned town near Chernobyl. It also features a field recording of birdsong recorded at the grave site of murdered Russian intelligence officer Alexander Litvinenko.

On June 19, The Quiet Earth LP will be released on CD and digitally, to be available across online stores and streaming platforms such as Spotify.  To support this artist directly, folks can order the album directly via Bandcamp at https://nickhudsonindustries.bandcamp.com/album/the-quiet-earth

Enjoy the video for “The Parts That Need Replacing”:

Also check out the layered goodness in “Rose Devoid of Form” and accompanying video: