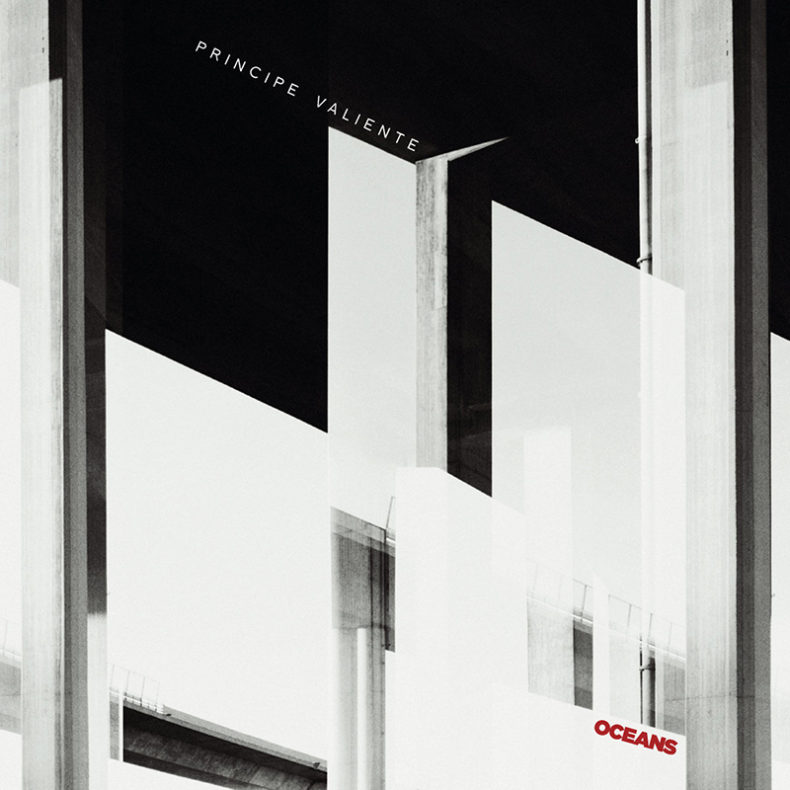 After an outstanding self-titled debut album in 2011 and the breathtaking “Choirs Of Blessed Youth“ in 2014, the Swedish post punk / shoegaze band lead by Fernando Honorato, true to their vision, continues to carve out its own unique musical path. Drawing inspiration from ambient experimentalists like Cocteau Twins, 80’s sci-fi soundtracks as well as exuberant vocalists like Bowie and Kate Bush, PRINCIPE VALIENTE ventured deeper into the sonic landscapes of their minds.

The intensity of the atmospheric sound and the interplay of melodic guitar strings, the dark drifting drums, rhythmic bass lines and above all the warm, emotional voice of the singer, have remained. The listener is captured in a mixture of longing and loneliness, which is fluently and hypnotically directed. Calm pieces alternate with energetic compositions, such as the recently released single “Strangers In The Night”, and give the album a strong note of ambivalence.

With their third work Oceans, the band has created another alluring world with “human, all too human” lyrics and phantasmagorical soundscapes. Cool, yet impassioned and loaded with sweet anxiety, PRINCIPE VALIENTE have managed to make an irresistibly beautiful and intense continuation of what was started in the previous two albums.

Oceans was partly recorded by the producer Martin Ehrencrona (Les Big Byrd), and partly in various basements and art school lobbies around their hometown Stockholm, Sweden. The combination of innovative and inspired material makes for an invigorating listen as it is difficult to pinpoint in regard to genre.

“Oceans is the lovechild of curious playfulness and total control. Our sources of inspiration and creativeness were a lot deeper and wider this time, and less people were involved in the making (apart from the mastering, everything was done by ourselves). Compared to our previous work, well, on the musical side a little sweeter, a little brighter, and dreamier perhaps, more varied yet not eclectic. On the lyrical side just as dark and gloomy as ever before.”