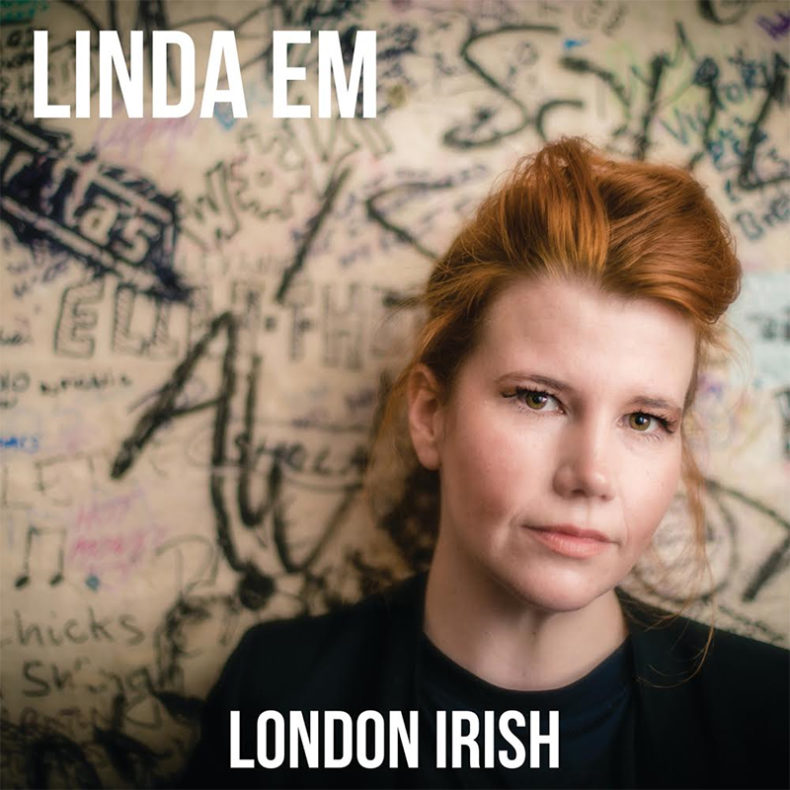 On the eve of her release, we are pleased to introduce you to Irish artist Linda Em. Based in London and growing up there after migrating there with her family in childhood, her EP is suitably titled ‘London Irish’. It releases this Friday, September 21 on CD and digitally via Talking Elephant Records.

Comprised of four tracks, Linda wanders from sonic territory that’s more in the dark steamy vibe of Nick Drake and Mazzy Star on two songs into singer-songwriter indie folk realms on the two other tracks. While this release marks a transition for Linda into newer adult contemporary and even moody indie music, she’s got enough here to please loyal fans of her previous musical output. This offering is stunning and timeless, grounding and balanced.

Singles ‘Wild Fire’ and ‘Two Hands’ demonstrate a more atmospheric and spacious sound and vocal performance for the songstress. A storyteller, regardless of genre, Linda Em conveys a sincerity and mixture of fragility and sheer strength across her work. On this particular release, she cleverly sets the stage with a wonderful track involving vocals by celebrated Irish artist Gavin Glass.

On ‘Wild Fire’, Glass and Em are as deep as Nick Cave and Kylie Minogue on ‘Where The Wild Roses Grow’, but vy for a sultry tandem instead of all that grimness. ‘Two Hands’ is about seeking a safe, quiet space in which to gather strength when the trials of your everyday life feel overwhelming. Linda Em co-wrote this song with Ian Montague. ‘Little Lightmaker’ and ‘White Horse’ offer something special to those who are more into roots, folk and Celtic music. Linda Em produces music in an extraordinary mix of influences and genres, blending folk (revisited from a current London / Irish cultural perspective), pop rock, Celtic melody and American blues.

Linda first started singing blues and rock ’n’ roll in pubs and clubs in her early twenties before meeting Chris Wyatt, with whom she wrote and recorded her first album ‘Shadow Lands’ in 2015. Her sound has grown to adopt strong elements of Americana and folk noir with an ominous and atmospheric Celtic undercurrent to it and splashes of gospel and soul.

“As a lyricist I’m telling a story and, through working with producer Gavin Glass, I think the musical side reflects and illustrates that. Gavin has managed to give the songs and sound a strong cohesiveness even though the songs are all written with different people,” says Linda Em.

The ‘London Irish’ EP will be available through the regular online stores and streaming platforms as of September 21, 2018, and will also be available on CD from Talking Elephant Records at http://www.talkingelephant.co.uk/artist/linda-em.

On September 26, Linda Em’s EP launch show will take place in London at Water Rats (19:30 – 22:30, 328 Grays Inn Road, Kings Cross) with folk music legend Julie Felix as her special guest and with support from local artists Crayon Angels and JMK James. Tickets for this event can be ordered at goo.gl/HR3g9b.