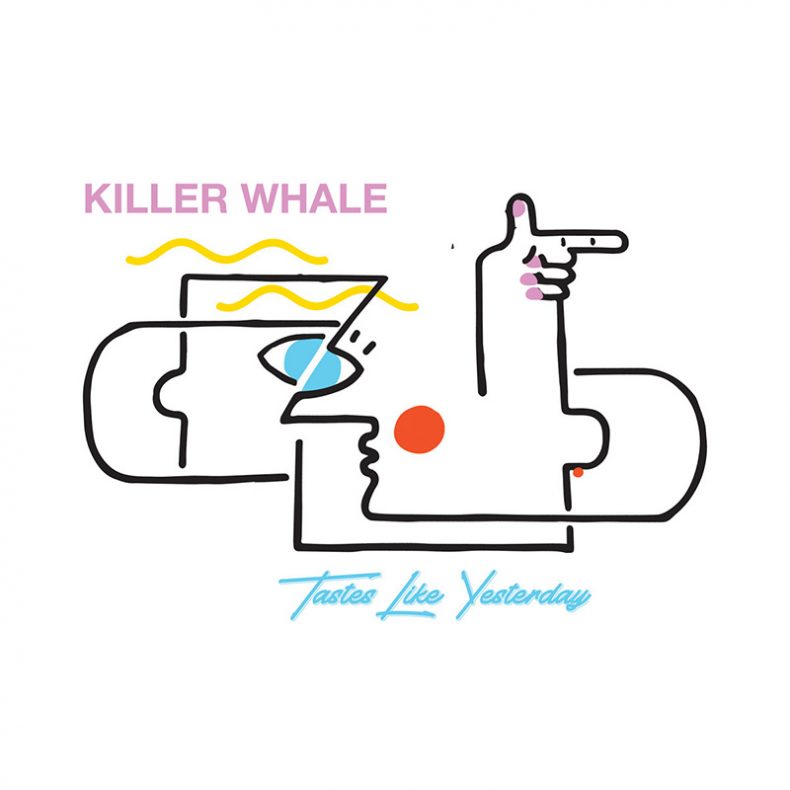 Killer Whale spent a decade in San Francisco before relocating back to frontman Thomas Johnson’s native Lousiana, settling in New Orleans in December 2019. Their experiences have provided a combination of surf and alt-R&B/soul influences you can hear in each of the songs on their new LP, Tastes Like Yesterday, co-produced by Johnson, Grayson Converse of Spooky Mansion, and Scott Sibley. It’s a kaleidoscopic and refreshing addition to the musical landscape, groovy to the last drop.

“My goal was to create a fluid full-length LP that differed from my previous records but maintained the ‘Killer Whale’ sound. I wanted all the songs to be built off drums, rhythms and have a more worldly or international sound…. basically, trying to write every tune with drums first. For all my records, I have always written and recorded demos for each tune first, but for this album, I wanted to actually stay somewhat true to my initial demo sound. Rather than fully re-recording songs in the studio, I wanted to transfer certain things from the demos to the new studio songs. In order to do that I had to spend a ton of time mixing down each individual instrument track from the demos and sending them to Scott Sibley at Downman Sounds.

This was also the first time I considered bringing in an outside producer…I had been a big fan of Grayson Converse of Spooky Mansion from playing shows together in San Francisco.  I loved the way his albums sounded, and I had seen his ability to play most instruments extremely well and his sense of originality was amazing.  I think I just asked him in a bar bathroom one night and he agreed… luckily he remembered and actually came down to help.  As we went into the studio in New Orleans, Scott and I transferred the bare bones from my initial demo tracks to Scott’s console with the idea that we wanted to leave as much space as possible for Grayson and me to build upon the structure. This turned out to work exceptionally well. Grayson came in for one week and we spent long nights adding layers and layers of keys and guitars to the tracks.  His ideas were beautiful, and we worked well together.  Another concept we had was to layer multiple drums concepts in this record. I wanted to use 2 drummers and multiple percussionists.  Scott took over on drum production and the result is wonderful.  I love his electronic drum work and his attention to drum engineering and percussion.   This record is a result of a general concept and a team of good musicians working together without ego…creating a sound that encompasses multiple ideas working toward a common goal.” ~Thomas Johnson