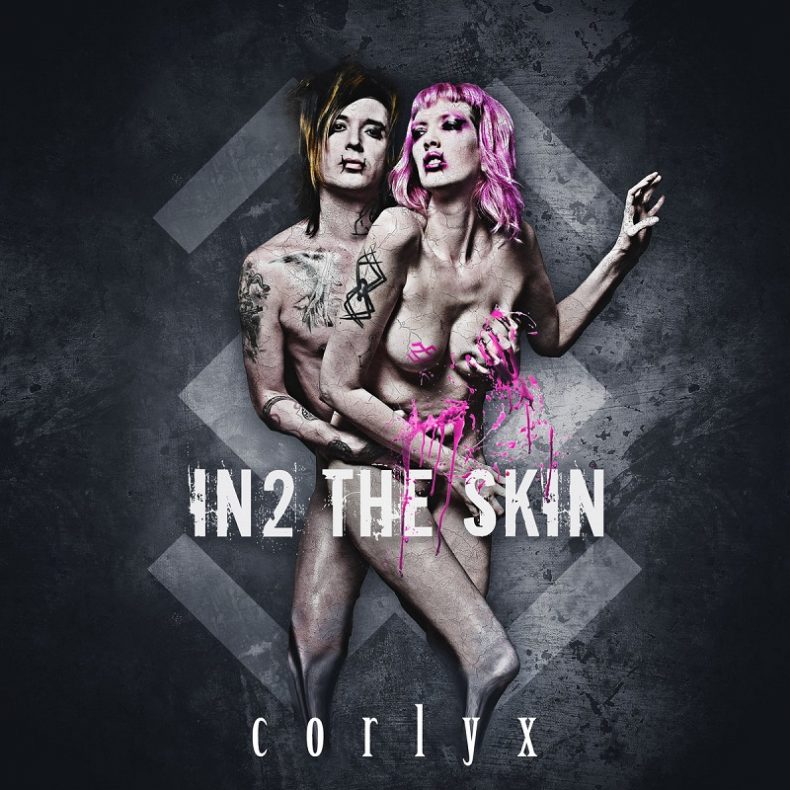 CORLYX – IN2 THE SKIN

Corlyx was formed in Los Angeles in 2015, with the meeting of singer songwriter Caitlin Stokes and producer/guitarist Brandon Ashley, also the front man for dark rock sensation “The Dark”. The two began writing music together that was inspired by their love of 90s industrial rock/grunge and modern electronica.The duo released their first EP One Of Us the following year of Corlyx’s inception, then moved to Berlin, Germany to work on their first full-length album Music 2F2.Berlin brought so much inspiration to their music and songwriting, the grotesque landscape of the inner city allowed the duo to fully express their darker inclination. The album was released February 2017 with stunning reviews.

Corlyx has recently relocated to the UK, working on their second studio Album In2 The Skin and have begun developing their live show, gigging in both cities, Berlin and Brighton England, perfecting a live show that showcases the intensity of the music they put out. This dark electro-grunge duo promises the next release will be darker and heavier than they’ve ever gone, delivering an electronic cascade of moaning synths and distorted guitars mixed with beautifully arranged vocal melodies. In2 The Skin digital release is available on all platforms August 16, 2019. You can catch Corlyx at the famous Autumn Moon Festival in Germany in October 2019 playing alongside 40 other bands in a dark Halloween-inspired event, this will be the first festival booked for the duo with more to come as the next release evolves.