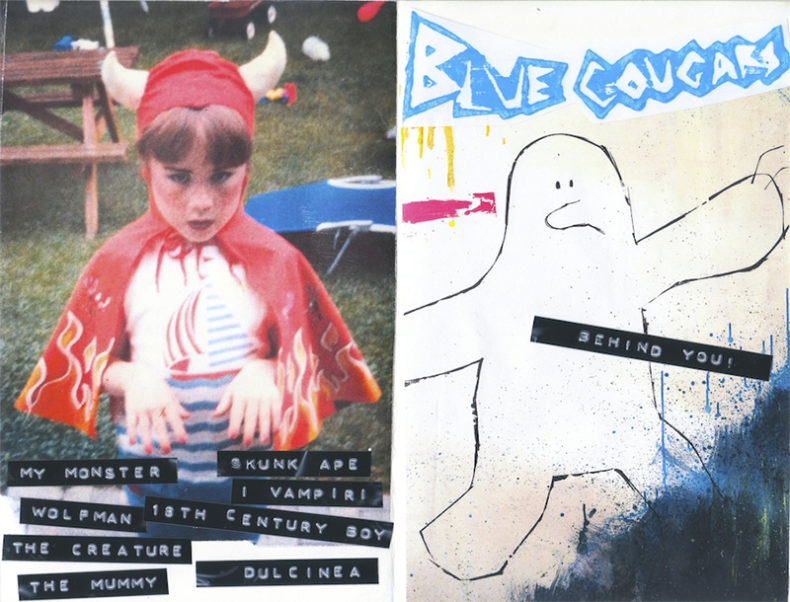 BLUE COUGARS – BEHIND YOU!

Blue Cougars began as an imaginary band. Adrian (drums), Erin (bass) and Nick (guitar) are Blue Cougars: a power trio that exists on the razor’s edge of reality and dream. With such an ethereal and nonsensical concept in mind, it is incredible that ‘The Cougz’ get anything done.

The band’s latest album Behind You! was recorded live off the floor at Wildlife Sanctuary Studios in April 2017. Blue Cougars’ current sound combines elements of blues, jazz and rock. Mixed by Erin, the eight-track Behind You! explores classic movie monsters and their continued presence in modern society.