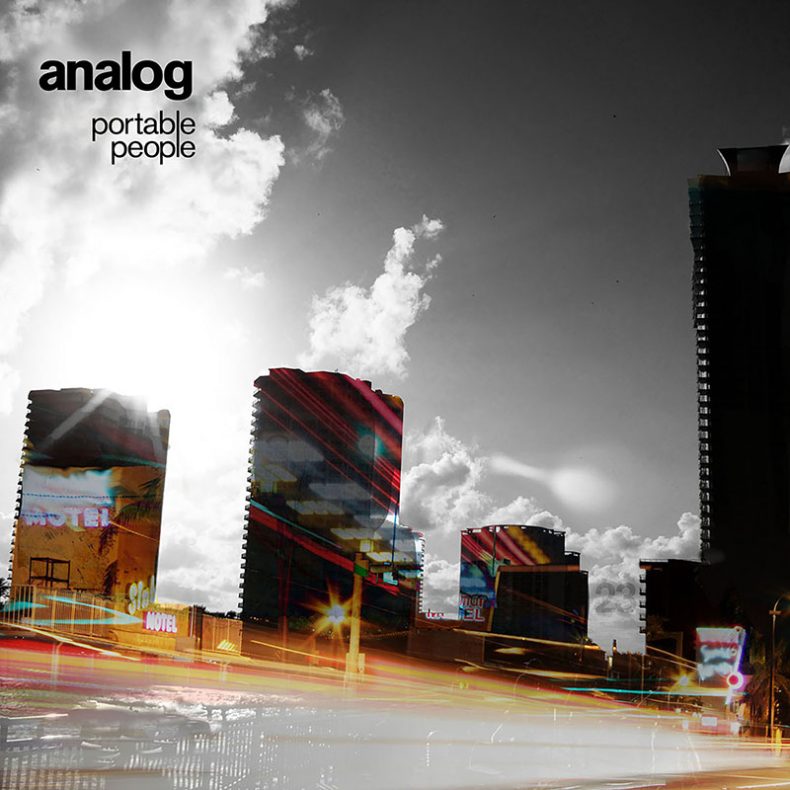 Formed in Miami in 2012, Miami based rock outfit Analog presents their highly anticipated debut full-length Portable People today, July 5th. This is the band’s first release since 2014’s EP Extended Pleasure, where they gave us the first taste of their bluesy meets indie-psychedelic sound. Honing their craft since then, Portable People is a fully realized, hook-laden amalgam of supremely well-written tunes meant to be sung along to.

The LP was recorded at Romanelli Recordings in Hollywood, with Nick Romanelli as recording engineer for the project. It was mixed by Ferny Coipel at The Shack in Hialeah, and the album mastered by Zach Ziskin.

Made up of Albae Camino (lead vocals/guitar), Esteban Gomez (lead guitar/ambient vocals), Juan Manuel Gonzalez (bass) and Tekilla (drums) Analog have had a clear evolution since their 2014 release, delivering a fuzzy low-fi dream with this latest LP.

Heavily influenced by 90’s grunge, the band add refinement to a nostalgic sound with powerful vocals and moreish melodies, reminiscent of Oasis or Radiohead (if those bands were raised by the tropical, groovy vibes of Miami). Indeed their South Floridian home is a major part of their sound. The nuanced and textured rhythms that weave throughout the album perhaps being attributed to the rich cultural landscape that is Miami.

Take the second single ‘Tame” for example, a veritable rock anthem with driving guitars meeting soaring crescendos. The track is a high energy whirlwind, yet tempered by an easy-going poppy melodicism. The Psychedelic riffs that come towards the end of the song truly move the song into a original and imaginative territory.

Portable People  is now available across all major streaming platforms!

“We tried to stick to a recording method that was organic. The rhythm section was recorded live, with overdubs, leads, and vocals done separately. I would say this is a 55-60% live recording.” ~Albae (Vocals/Guitar)