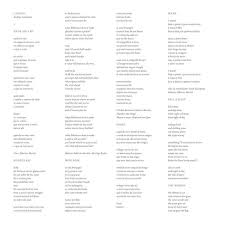 Saudade is a Portuguese word known for being notoriously difficult to translate into English. Roughly, it comes to mean a sense of profound melancholy or longing, and it is a common element in the music of Portugal and Brazil. It is no surprise, then, that Brazilian singer-songwriter Rodrigo Amarante’s music is filled with this saudade – he even overtly uses the word in the delicate standout, “Irene”. Amarante, best known for his work with Little Joy, Los Hermanos and Orquestra Imperial, has embarked on his first solo effort, entitled Cavalo.

Right off the bat, the listener is swept away on the light breeze of “Nada Em Vão”, a soft, wistful tune that also feels rather sensual thanks to Amarante’s smooth, silky voice, and punchy brass peppered here and there. In contrast, “Hourglass”, one of the album’s more rock-oriented tracks, has Amarante sounding eerily similar to Julian Casablancas, his voice bearing the reedy gruffness and stylistic inflections of the Strokes frontman.

Cavalo is like a musical and cultural melting pot; Amarante alternates between singing in English, French and Portuguese, and incorporates elements from various musical cultures and genres. The listener gets a taste of tropicália, bossa nova, folk and rock all within the span of about 38 minutes. That being said, the album still manages to feel like a cohesive whole with songs that complement each other. Though his music may be full of saudade, Amarante’s Cavalo should fare no trouble translating to English-speaking audiences.

Maria Sokulsky-Dolnycky is a 23-year-old culture enthusiast born and raised in Toronto. She is a recent graduate of the University of Toronto, where she studied linguistics, German, and music history & culture. When not listening to or making music, she can be found exploring the city’s many neighbourhoods on foot, cycling by the lake, devouring films, or scouring Toronto’s many libraries in search of her next favourite book.
RELATED ARTICLES
album reviews
9.0