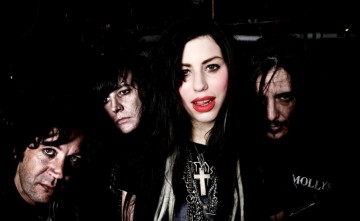 Though only a handful of people had made their way over to This Ain’t Hollywood, it didn’t deter Secret Broadcast and Die Mannequin from finishing their joint tour of Eastern Canada with a massive bang. It also comes at the end of over a year of gigs for Secret Broadcast promoting their Filthy Souls LP, and at the end of Die Mannequin’s tour opening for Marilyn Manson, on his Canadian leg of his Hell Not Hallelujah Tour. Together the two bands’ chemistry was the musical equivalent of Nitro and Glycerin.

Matt Lightstone (lead vocals and guitar) and drummer Keith Heppler, the core duo of Secret Broadcast, released Filthy Souls last year. They have since added Curtis Harding (The Rising Design) on bass, and Will Bennett on guitar. After an opening set by Burlington’s Dirty Jeans, the band took the stage and opened immediately with a fan favourite – “More Than Friends.”

Secret Broadcast has earned its reputation of putting on kick ass live shows. Lightstone has a great rapport with the audience and is quick to interact with it, actually taking his microphone with him and joining the audience to have them sing along with him. The band is tight, and the audience loves it. Lightstone traditionally turns the vocals over to Harding for their badass version of “Helter Skelter,” another live show favourite. Incidentally, Harding has one of the best “bass faces” around. For their final number, the band invited their former guitarist, J.C. Sandoval, to join them onstage for their version of Nirvana’s “Breed.”Filthy Souls was recorded at Seattle’s Robert Lang Studios, where the Grammy Award-winning producer Adam Kasper recorded Nirvana’s last known recording, so it is quite fitting that the song be included in their live shows.

No doubt about it, Secret Broadcast put on a great live show. The audience sang along, and was even joined by Care Failure of Die Mannequin, complete with hula hoops, who came out to watch. 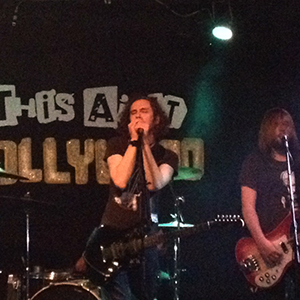 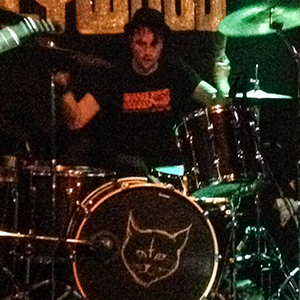 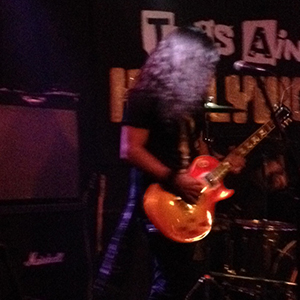 Fresh from their Manson tour, they headed back out for the brief tour with Secret Broadcast to continue to promote Neon Zero, released in October 2014. This is Die Mannequin’s fifth album, their second studio album. The band was created in 2006 by lead singer and guitarist Care Failure. She was the only member of the band that recorded the album, however; for the tour, Failure hand-picked her musicians. Secret Broadcast’s drummer Keith Heppler and their former guitarist J.C. Sandoval joined her. Hugely talented Sandoval is also guitarist for Savanah, who delayed the release of their debut album until after the tour. On bass, the band was completed with none other than film composer, remix artist and music producer Kevvy Mental, of the band Fake Shark – Real Zombie!

It was clear Die Mannequin was still playing in “stadium mode.” You know that old Maxell ad from the ‘80s with the guy in the chair being blasted by the music from the speaker? Yeah. That’s how the first song felt – and they never let up.

Onstage, Failure holds nothing back. She is all passion; almost performing in a trance. Jumping into the audience several times, she even managed to make her way to the bar with her guitar, climbed onto it and continued to play – laying on her back – without missing a note. All the while, Mental treated the fans to his comedic antics, while Sandoval and Heppler kept up the energy on stage. In a final surprise demonstration of showmanship, Failure and Heppler switched instruments for the final song of the night. If one didn’t know any better, they would have thought they were both playing their own instruments. The volume was set to 11 and never let up.

The handful of people that showed up that night were treated to an amazing evening. What a fantastic way to finish up the tours! It was definitely worth the drive to Hamilton.

Trish Melanson lives in the Toronto area with her three boys, Nicholas, Justin, and Eric, her dog Jakkson, and her cats Max and Jagger. She is the former host and producer of Canadian Kickass, a weekly two hour radio show on New Jersey's Chestnut Radio, showcasing Canadian Music. She is also a former Web Content Manager of Indie Soundscapes, an online showcase for Independent Music Artists Worldwide, and was a regular music contributor to The Stroumboulopouli. She is a fervent supporter of the Toronto live music scene. In a past life she was a teacher and Vice Principal in Durham Region. She has many more new and exciting projects waiting in the wings. ;)
RELATED ARTICLES
hamiltonlive reviewssecret broadcast