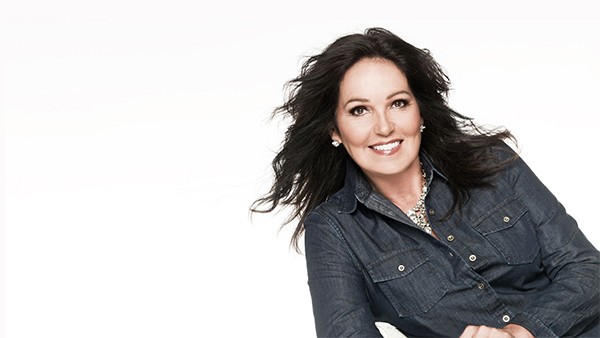 Canadian jazz chanteneuse Carol McCartney and her all-star band tore up the second of a three-night stand at the Jazz Bistro on Friday, October 24.
The night, comprising a full mix of classic standards that swung, gave exotic twists, and brought lush romanticism for an attentive audience, was in celebration of her sophomore CD, aptly titled Be Cool.

Opening off the first set I attended was a brisk Latin arrangement of Cole Porter’s “Night and Day.” From the get-go, Carol McCartney’s vocal delivery was full of clarity, high spirits, and full of enthusiasm for bringing a fresh edge to the jazz scene. She even brings this flare into a vocal take on the Wes Montgomery classic West Coast Blues, which swings effortlessly as a brisk jazz waltz with witty lyrics that make the listener want to leave the cold and head out west.

Continuing the trend of interpreting varied material, McCartney and her band did justice to the Joni Mitchell classic Be Cool by providing a soulful, bluesy edge to the piece as evidenced in Joni’s classic jazz treatment of it. It made you want to snap your fingers and tap your toes to a cool arrangement taken at a relaxed pace. She even delved into the repertoire of Cassandra Wilson and her bossa nova take of “Almost Twelve,” channeling one of her contemporary influences in an effective manner by making the arrangement completely her own while introducing a fairly new song to the audience.

One of the highlights of the concert was her duets with just piano and bass that really show off the clarity of her voice and how she respects the lyrical content of her performance. With pianist Brian Dickinson, McCartney delves into “More Than You Know” as a heartfelt romantic ballad that brings a good cap to a romantic evening at a jazz club. Another duet, this time with Kieran Overs on bass, brings the childlike and playful innocence into the Bobby Timmons/ Oscar Brown Jr. classic “Dat Dere.” It also pays homage and respect to the classic version done many years ago by Sheila Jordan when she experimented with just voice and bass on that tune and her other later works.

McCartney and her stellar band consisting of pianist Brian Dickinson, Bassist Kieran Overs, guitarist Reg Schwager, saxophonist Chris Robinson and drummer Terry Clarke have done justice to the stellar repertoire through their carefully-executed arrangements and top-shelf playing by all involved. It was an affair full of high spirits that was intimate and at the same time celebratory for the music that was performed. McCartney’s voice and diction throughout the night was so clear and poised, to the point that the real meaning and beauty of the lyrics came forth effectively. Congratulations to Mrs. McCartney and her team for a great concert and releasing a great collection of music to be enjoyed for years to come.

Conrad Gayle is a jazz pianist, composer, and writer. He released three albums, "Genesis EP", "Foundations" and "The Live Sessions 09/10", his first book "The Real Conrad Black", has an active YouTube channel and maintains his own blog site called "The Conrad Gayle Review". He is a graduate from York University with a degree in sociology. He is also active in the city of Toronto as a solo artist and leader of his own trio, as well as being the regular pianist in his home church. He has written for the Spill Magazine for over four years and is planning on continuing the course to become a very successful writer.
RELATED ARTICLES
jazz bistrotoronto

by Conrad Gayle on April 30, 2015
The Alex Goodman Chamber Quintet @ Jazz Bistro, Toronto April 30th, 2015 On what would be the first of three nights at the Jazz Bistro, rising star jazz guitarist Alex [...]