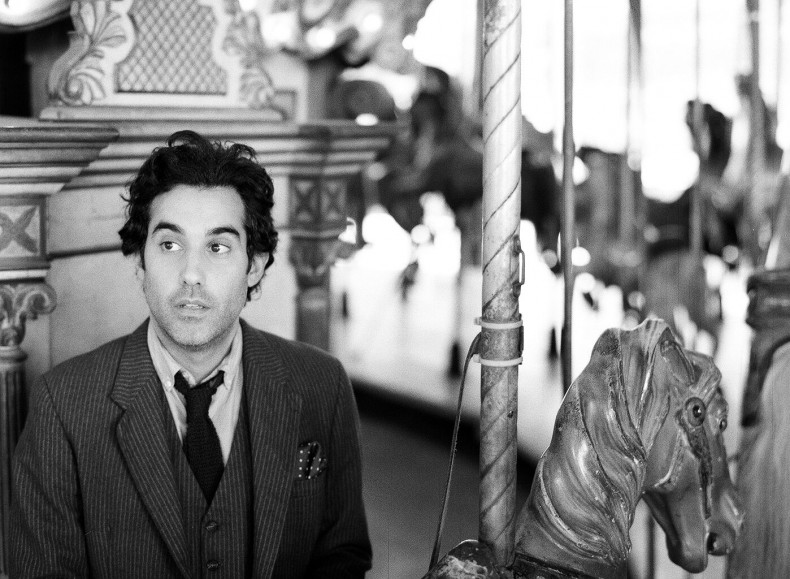 How In 40 Minutes, Joshua Radin Just Ruined Every Man in The World’s Valentine’s Day Plans: An Interview With Joshua Radin

Whoever said “romance is dead” has obviously never experienced Joshua Radin. Radin’s latest album Onward and Sideways, released in January on Glass Bead Music, is a 13-track LP that turns the “boy gets girl” legend into reality. Written literally sideways in a bed, Onward and Sideways tells the story and shares the feelings Radin couldn’t express in person. This wasn’t “supposed” to happen – this album came very close to never being written. After releasing five albums in seven years, Radin was ready to take a well-deserved break. It was then he went to Sweden and fell in love with a woman from Stockholm. “I wrote this record just like I write all my music, to say something to someone that I’m too shy to say so I make songs,” he said in an exclusive interview with Music Times. Get ready to swoon, ladies, and hold your guy to a higher standard – Radin says of this album, “I would lay in bed all day with the BBC on mute and I would just write, thinking, ‘Will this song make her fall in love with me?’” Which song sealed the deal? We’ll never really know, but Radin does admit that while his favorite song off the album is “We’ll Keep Running Forever,” hers is “In Your Hands.”

A month went by, full of days of the woman coming home from work to be given songs about the woman of his dreams. “Song by song, sometimes just verses or an odd chorus, I was desperately trying to woo her every day…it seemed like every couple of days I had a new one for her. I was like, alright; I’m just wearing her down.” Eventually the album was done and the wooing was complete – Radin had gotten his girl.

Onward and Sideways is a title that, I venture to guess, means something to each person that reads or sees it, based sheerly on the inspirational vibe it espouses. Radin explains the title came from “my favorite high school teacher, Dr. Robert Thomas. He used to say that (phrase) to us as we left his class every day. I always thought it was a positive but not too positive way of sending us off. Also, I wrote this album lying in bed, so I was, quite literally, sideways.”

Currently at the start of an extensive tour, Radin says, “I’ll be on tour promoting Onward and Sideways from January 2015 through May 2015 – all over the world. I always look forward to certain cities, of course, but mostly I look forward to just playing music in front of an audience. I’m jonesing for it at the moment as I’ve been off the road making the album.” Having gotten the girl as a result of the feelings expressed on this album, you can catch the inspiration behind the album at each show. “She travels with me everywhere. And I love it,” Radin gushes.

Radin kicked off his headlining tour Feb. 5 and will tour extensively in the states before hitting Canada. From there he heads straight to Australia. And yup – the “girl” will be with him at every stop, from the home they now share in Los Angeles and back again.

Lucy Rendler-Kaplan is a native Chicagoan, recently returning home after 10 years in Los Angeles. Having worked in field marketing for the past 17 years, Lucy recently left corporate America to work as a consultant. When not running, Lucy can most often be found out with her dog, watching an NFL game, or listening to live local music. Passionate about writing, Lucy enjoys writing about music in lieu of playing it.
RELATED ARTICLES
features