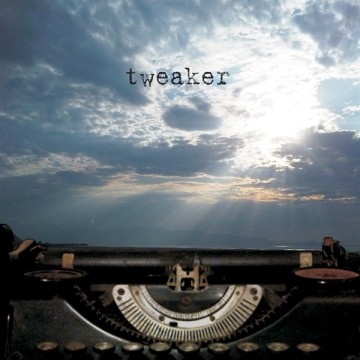 It’s always interesting to hear solo efforts by musicians that are more strongly associated with larger musical acts. Some examples that come to mind are Alan Wilder’s Recoil project, Nivek Ogre’s OHGR project, and the subject of this review, Chris Vrenna’s Tweaker. In the case of Tweaker, Chris Vrenna’s value to Nine Inch Nails, Marilyn Manson and many other important acts is on full display, even if the music itself doesn’t have the same pop appeal of these larger pseudo-underground acts. What’s evident is the talent he possesses for sound design, production, engineering and mood creation. Many of Tweaker’s songs would be right at home as part of a dark soundtrack but at the same time some of the songs, mainly the ones with vocals, have “single” written all over them.

Tweaker’s first album in eight years, Call The Time Eternity, has elements of many different styles of music including Drum ‘n’ Bass, Glitch, Industrial, Dark Ambient, and Pop, however most tracks use only the essential elements of these styles. This allows room for the pulsing rhythms, dark synth textures and dense short reverbs to create an atmosphere that draws you in and holds you like a straightjacket. The musicianship is nothing short of excellent. The drum performances and programming are very high quality and give each song a common theme; dark, powerful, driving and sonically interesting. This is not surprising given Vrenna’s background as drummer/percussionist.

“Nothing At All,” featuring Jessika Addams, could be a meld of early Recoil and Delerium. The music is dramatic, dark and well crafted and the vocals are expressive and soothing and beg for the listener to sing along. This is a true standout track. “Grounded,” with kaRIN handling guest vocals, is equally as appealing. Vrenna lends his vocals to a cover of Phil Collins’ “I Don’t Care Anymore.” I’m personally not a fan of Phil Collins but Vrenna’s is an enjoyable listen that makes you forget it’s a cover. Instrumental standouts are the album’s opening track “Ponygrinder,” “A Bit Longer Than Usual,” and “Areas Of The Brain.” All three of these songs have a quiet intensity with expressive rhythm tracks that get inside your head and take over in a very good way.

This album is sure to be on repeat on many listeners’ audio systems. Hopefully Tweaker won’t wait another eight years for their next release.