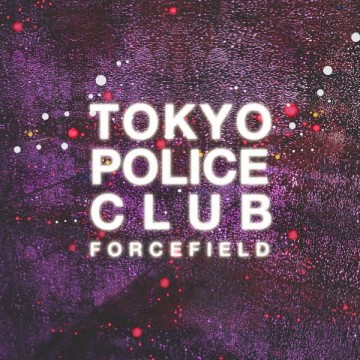 It’s been four years since Canadian quartet Tokyo Police Club released their last studio-length album, and in the time since they have only continued to hone their signature pop-slash-post-punk style. The efforts of which have culminated in their latest full-length album release, Forcefield.

The album opens with the epic nine-minute track “Argentina I, II, III” which builds nicely and doesn’t feel as drawn-out as one would expect from a band whose songs generally don’t last beyond four minutes. In fact, they pull it off rather magnificently and it feels like a subtle “screw you” to critics who have condemned the band’s slow evolution in the past. “Hot Tonight”, the magnum opus of the album, is clearly geared for the radio with rock riffs and sing-along lyrics like “I need a countdown when the fire is high/ Sitting on the curb and it’s hot tonight.” Other stand-out tracks include the super-catchy “Miserable”, “Beaches” and latest single “Toy Guns”.

The band claims that Forcefield is meant to be a reference to their supposed rejection of pop trends in music. It is surely tongue-in-cheek because Forcefield is arguably Tokyo Police Club’s most accessible and trendy album yet. Not that that’s a bad thing, however.

Alyson is a writer, content marketer and social media manager in Winnipeg, Manitoba. She holds a Bachelor of Arts in Rhetoric & Communications from the University of Winnipeg and runs her own business providing businesses and individuals with copyrighting services, and content marketing strategies and management. When not online she can be found gardening, riding her bike or sipping fancy coffee.
RELATED ARTICLES
album reviewstokyo police club
9.0