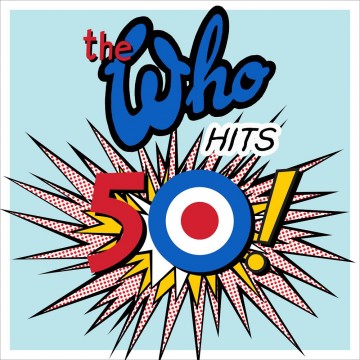 The Who
The Who Hits 50!
Geffen Records

The Who Hits 50! Is a compilation album with two CDs celebrating 50 years of the English band, accompanied by a tour in Britain. The album features all sorts of songs the band has released over the years, including hits like “My Generation” and “Baba O’Riley,” along with lesser-known songs like “Dogs” and “Relay.”

It’s great to hear a best-of album every now and then, but The Who has several greatest hits albums, questioning how often you can milk a cow before it runs dry. While it’s their 50th anniversary, it makes sense to release a compilation album, and worth giving a listen to considering the mix of classic songs and unfamiliar ones, ranging from their first album, My Generation, to their 2006 release, Endless Wire. There are several mono, edited, live, and remixed versions of songs featured on the album as well.

New and die-hard The Who fans will enjoy the album, but casual listeners may not have the same experience.

Music and writing have always been a big part of Sabrina's life. She would "borrow" her dad's rock and metal CDs from his collection and listen to them while going through the art books. Although she doesn't write angsty poetry anymore, she does have a Bachelor's Degree in Journalism which she uses to pursue a creative career path. When she's not writing, Sabrina can be found juggling a coffee cup and DSLR or Instagramming her food.
RELATED ARTICLES
album reviewsthe who
9.0