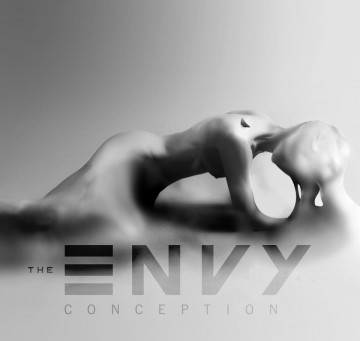 I fully realize that this is an album review, which usually means an all-encompassing review of the whole thing, but I’m going to focus on the single “Music To My Ears” because it pretty well explains this band and the rest of the record, so we’ll call it context.

When I sit down to write something I try to challenge myself to only write solid single sentences, that is sentences that are strong enough to stand alone as statements in and of themselves. I don’t always succeed at the first try, but that being said, I like a band that makes an effort to do the same.

When most every line in a song has the right words in it so much so that you wish you had of thought of it yourself, someone’s written lyrics that speak. The point of a song like “Music To My Ears” is really to sum up the feeling of being restless, undefeatable, and absolutely alive, that so naturally defines each of us in our youth.

When I was 20-years-old I wanted nothing more than to stand out in the cold air, in the darkness, on the balcony of a friend’s apartment, high on love and drinking to get drunk, so we could conquer the night cause that’s what you fucking do. You do whatever, whenever, because it feels good, and cause youth and city lights are such a wonderfully catalytic combination.

I love that there is a Foo Fighters reference smack in the middle of the second verse, and that I instantly get a knot in the pit of my stomach because I’ve had that experience too.

So like I said, if the lyrics are good and the music is just really complimentary, like I’m talking coffee is to a cigarette, and it gives people the feeling, in this case, it’s that great airy, soaring feeling that is rarely matched by things that aren’t good music, well then you’re on to something.

This is a really killer first single for The Envy, and it’s a good gauge for the rest of the Conception EP as well. My personal preference lies with a song called “Food For Worms,” it’s got a ’90s sort of Industrial Rock feel to it and it’s anchored by this sentiment: “All we are is what we make, but what you build in this life you can’t take, all you leave behind confirms, we are more than food for worms.”

Juliette Jagger is a rock and roll journalist and freelance writer based out of Toronto, Canada. Her work has appeared in Vice’s Noisey, The Huffington Post, Exclaim!, and AUX amongst others. She is also the curator of New Music From The Inbox, a weekly independent music segment that runs at AlanCross.ca.
RELATED ARTICLES
album reviews
7.0