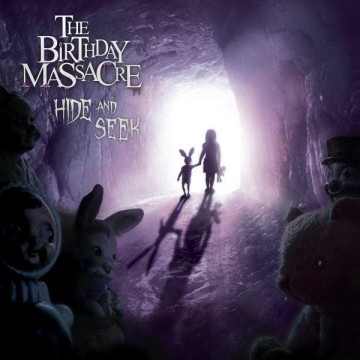 If you like the idea of Evanescence but always hide their albums when your friends come over, then you may be in luck. The latest effort from The Birthday Massacre is a tight, catchy mix of dark Goth-pop and Synth-rock that you’ll actually want to make people listen to. Hide and Seek offers a nicely varied 37-minutes of Moody – partly due to the variety of tempos and song structures, but also thanks to lead vocalist Chibi’s range of emotions. She effortlessly goes from wistful little girl to rightfully-pissed-off “ex” and nails several points in-between, typically with perfectly-crafted harmonies along the way.  While the lyrics on a couple of tracks may feel like they’re a little on the “simple” side (the verses in “Calling” for example), this is the exception rather than the rule, and repeated listens will make you wonder if there’s a hidden story being told beneath the surface.

In addition to just being damn enjoyable, Hide and Seek sounds fantastic thanks to its atmospheric-yet-restrained production courtesy of Skinny Puppy’s Dave Ogilvie and band co-founder Rainbow. It’s addictive and fun, and will keep playing in your head long after you press the “Off” button on your music player of choice. If you don’t believe me, grab your favorite pair of headphones and give Hide and Seek a start-to-finish listen, then try not to press the “Repeat” button when it’s over. Dare ya.