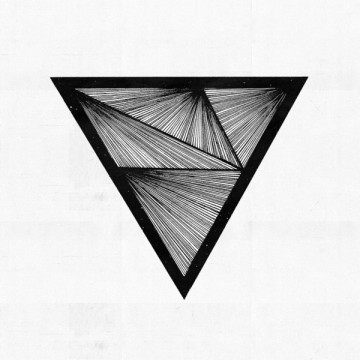 Rolf Klausener’s indie folk band The Acorn is back with their first release since 2010, Vieux Loup(translated as “Old Wolf” for those of you who didn’t grasp elementary core French classes). Klausener dug through three years’ worth of side projects to compile this enthralling eight-track album that adeptly delves into other non-experimental folk territory.

With a sharp focus on songwriting, singing and instrumentals, Klausener’s quiet touch creates a well-packaged group of songs that are dripping with alluring mystery. From the get-go, The Acorn’s musical sound relaxingly traverses through the vast space of your mind as the climbing, hypnotic vocals mélange with the elegant guitar pluckings on the openers “Rapids” and “Palm Springs.” The relaxation disappears for just a moment during “In Silence” as sudden drums wake you up from the coma-inducing vocals. In “Influence,” he delicately balances the indie folk and electronic sound arrangements, which one could say echo the Canadian’s side project, Silkken Laumann. The selections on this release continue to take us to dizzying heights of euphoria as we listen to the titled track intro, which lets us eavesdrop on Klausener’s deep breath turning into tryst-laced lyrics. To bookend the album, the conclusion of  “Artefacts” goes into a fade, taking us into the dark musical abyss; a fitting end for the album.

With the latest incarnation of The Acorn, we have a tantalizing album that captures a momentary, deliberate, calming glimpse of musical determination. You can listen to these reverent arrangements as a whole as you fall back onto your bed, losing yourself in the mesmerizing rich vocals and the sustaining guitar fingering that exudes a beautiful confidence. The tracks will keep your mind engaged, whilst some of you look up at the moon through the window in your concrete jungle. Although this album isn’t fast-paced and lacks a real sharp bite to the instrumentals, one could say this soft-sounding record is a wolf in sheep’s clothing as it attacks you with its calming, hypnotic and folksy, electro sound.