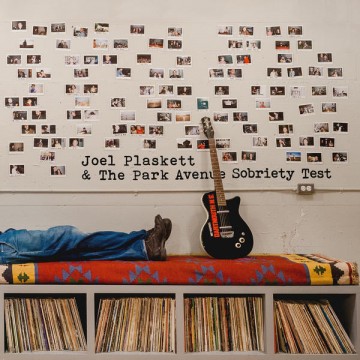 Without being too hyperbolic, Joel Plaskett’s latest album The Park Avenue Sobriety Test is perhaps his best yet.

The album is a tribute to the artist’s own life. The acronym The PAST is indicative of a
musician just about to turn 40, looking back over his years as he approaches
this milestone. With this in mind, it’s easy to assume that the album would be
melancholic, but in fact it’s far from it, with upbeat, clever and often downright funny lyrics.

Some stand-out tracks include “On a Dime,” which features a fiddle and includes catchy, nostalgia-inducing lyrics, “When I Close My Eyes,” and the title track “The Park Avenue Sobriety Test,” which manages to be both dark and a bit cynical, but is catchy and clever enough to leave listeners with a smile on their lips.
If you aren’t a Joel Plaskett fan already, you will be after listening to this album and immersing yourself in his quirky brand of folk-rock.

Alyson is a writer, content marketer and social media manager in Winnipeg, Manitoba. She holds a Bachelor of Arts in Rhetoric & Communications from the University of Winnipeg and runs her own business providing businesses and individuals with copyrighting services, and content marketing strategies and management. When not online she can be found gardening, riding her bike or sipping fancy coffee.
RELATED ARTICLES
album reviewsjoel plaskett
10