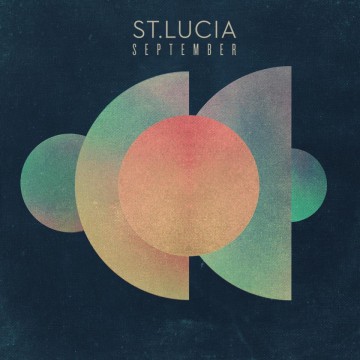 While it may seem excessive to release a single track and an entire EP of remixes before an artist has even released a full-length album, it is not excessive to say that “September” by South-African artist Jean-Philip Grobler (operating under the moniker St. Lucia) is easily one of the most underappreciated tracks of 2012. It sits firmly in the upper echelon of electronic Pop music that is both sophisticated and instantly infectious. By borrowing waves of dizzyingly vintage ’80s synths that explode on top on one another, it exercises release and restraint in all the right places. Combined with Grobler’s pleasing falsetto, the tracks’ high production quality and layered dynamics puts it levels above many electronic songs of similar nature.

In terms of releasing this type of EP, it makes sense that other equally informed artists would leap at the opportunity to remix the song. The dance floor-ready reworks range from impressive to substandard with none matching the magic the original brings. The Alex Metric remix loops his line “I just want you to remember/ before you get carried away” which gives the line extra impact but cheapens in musicality by introducing huge rises with average falls. The Leo Zero remix at almost ten-minutes is simply too long without ever going anywhere. The others are all worth an initial listen but perhaps not a second or third.

The September EP succeeds in its job of re-establishing what an exceptional track “September” and creating the type of web that brings to the forefront all the hidden intricacies of the song. Poised to release a James Iha-produced debut later this year, his fantastic previous St. Lucia EP (2012) and most recent remix complication indicate a highly deserved breakout year.