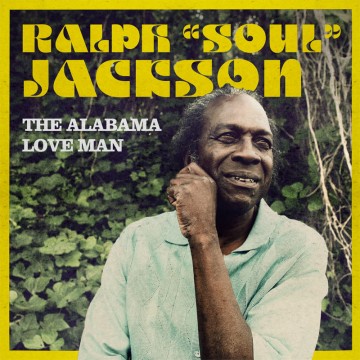 Born and raised in (surprise, surprise) Alabama, Ralph “Soul” Jackson has been a regular on the southern Soul club scene since 1965. And yet The Alabama Love Man is his debut album.

The album begins with “I Can’t Leave Your Love Alone,” a funky, brassy number with groovy keyboards and a deep soul. It’s a great rip-off from the Big Chill or Studio 54 soundtrack.

“You’ve Been Very Good to Me” is slower and seductive, but more likely to put you to sleep than put you in the mood. “Searching” is better, and “Vehicle” has a killer bass line, but “Somewhere in the World” and “There Must Be a Reason” could cure insomnia. “For Just One Second” and “I’ll Take Care of You” are even worse. It’s Soul… without the soul.

It’s hard to tell if the flatness is due to weak vocals or weak production but either way the album is a total let-down – especially after such a fun (familiar?) first track.

Overall, The Alabama Love Man sounds like something you’ve heard before, done badly.