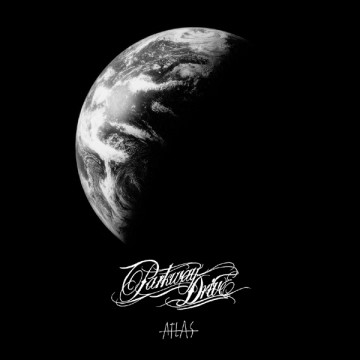 Australian Metalcore band Parkway Drive is never a disappointment when it comes to their sound. With the release of their fourth album, Atlas, they’re still dominant in the Metalcore scene. “Dark Days” was released along with a music video, being a decent sneak peak into the album without covering the entirety of their new work – this being a positive note. The album varies in sound, but still has that ‘Parkway Drive’ distinction to it.

The opening track, “Sparks,” was a subtle and calmer opener than the expected growling and screaming. The subtlety lasted nearly two-minutes until right before the second track, “Old Ghost/New Regrets,” which is the hook of the album for new listeners and old listeners alike. The drumming seems to be more aggressive than usual for Parkway Drive on this album, most noticed throughout “Wild Eyes.”

As for diversity on the album, tracks like “Atlas,” and “Sleight of Hand” stand out the most for being slower and quieter, but not drastically of course. Something seems more characteristic about this album, from the crystal vocals of Winston to Ben’s drumming. This album is a powerhouse of awesome.

The Spill Magazine is a Toronto-based online publication dedicated to covering the independent music scene with a strong focus on our thriving hometown talent. Our writers bring you up-to-date news, in-depth features on musicians and reviews for the latest CD releases. We also travel to the front lines for all local festivals including Canadian Music Week and North by Northeast. Don’t forget to check out our Facebook and Twitter pages for all daily Spill updates.
RELATED ARTICLES
album reviewsparkway drive
10