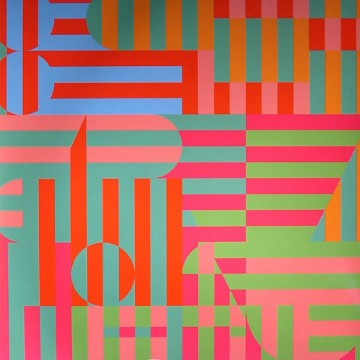 With a title like Panda Bear Meets The Grim Reaper, it’s no surprise that Panda Bear’s new album features eerily haunting sounds throughout the entire album. In true Panda Bear style, Noah Lennox uses layering techniques to create an ethereal, otherworldly experience for his audience. His experimental nature is a staple throughout the album where he creates a concoction of animal calls, sounds from nature and various musical instruments.

Change is at the centre of Panda Bear Meets The Grim Reaper. Rather than death, The Grim Reaper in this album is symbolic of the end of one chapter and the beginning of another for Panda Bear.

Panda Bear’s trademark sound, however, seems to have lost its way on this album. There were a few solid tracks like “Tropic of Cancer” and “Butcher Baker Candlestick Maker” that showcased soothing melodies and angelic harp music.

But the majority of songs on the album are far too busy and repetitive. It’s especially difficult to understand the lyrics in the midst of howling dogs and blaring trumpets.

Though Panda Bear’s daring choices are commendable, sometimes less complex options are the way to go.