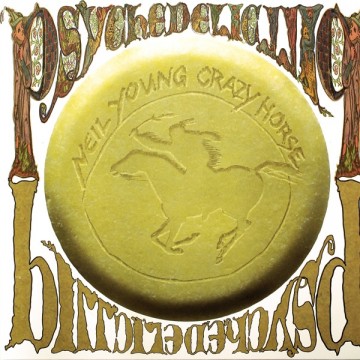 Neil Young has got what it takes to keep the ’60s going, and with the release of his second album of the year, Psychedelic Pill, he does exactly that. After a ten year absence Young is joined by Crazy Horse, his Garage band of 43 years.

The album starts off with “Driftin’ Back,” a track that sees Young in a hazy, dreamy mood that starts off with a simple acoustic chord progression and is suddenly interrupted by the participation of Frank Sampedro’s rhythem guitar, Billy Talbot’s groovy bass, and Ralph Molina’s steady drum beat. These 27-minutes of “Driftin’ Back” is Young’s way of pulling you into the trip of an album that is Psychedelic Pill.

The following song, “Psychedelic Pill,” can basically be the background track to a couple of hippies looking for “A good time,” as Young sings. With pedal effects fading in and out, Young sets the mood to spark that nostalgia of better days.

Nostalgia plays a big theme in Psychedelic Pill. In “Twisted Road” Young sings about the first time he heard the Rolling Stones and other artists he favours. The full 16-minutes of “Ramada Inn” is an ode to love where Young sings, “He loves her so/ He does what he needs to,” backed by a steady beat and chord progression, along with a moving, heart-felt solo. In “Born In Ontario,” Young talks about his Canadian roots and refers back to moving around a lot as a kid. The happy-go-lucky beat is more Country than the other tracks, but keeps the same style with the lead guitar as heard in the rest of Psychedelic Pill. The album ends with “Walk Like a Giant,” where Crazy Horse whistles in the background and Young spills out in the lyrics that he and his friends were supposed to save the world. “Think about how close we came,” he sings, as wailing guitar solos are spaced out in the 16-minute track.

Despite the lack of positive feedback Young has received on his latest memoir, Waging Heavy Peace, Psychedelic Pill and #AskNeil can be a statement of how Young keeps his fans around.

The Spill Magazine is a Toronto-based online publication dedicated to covering the independent music scene with a strong focus on our thriving hometown talent. Our writers bring you up-to-date news, in-depth features on musicians and reviews for the latest CD releases. We also travel to the front lines for all local festivals including Canadian Music Week and North by Northeast. Don’t forget to check out our Facebook and Twitter pages for all daily Spill updates.
RELATED ARTICLES
album reviewsneil young
9.0