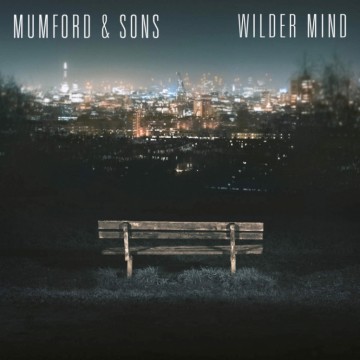 Lovers of banjos and chewing tobacco beware; the latest release from Mumford & Sons may make you uncomfortable, but not regretful.

Perhaps it is important to start the review by mentioning that Marcus Mumford described the band’s third studio release, Wilder Mind, as “a development, and not a departure.“

No matter how one approaches or interprets the new album, it’s difficult to miss a very real departure on some level. Yes, the word development sounds much sweeter, but there is nothing wrong with accepting that a divergence or deviation has occurred. Wilder Mind offers very little of the stripped-down, intimate, and acoustic sound that made Mumford & Sons a refreshing choice in today’s auto tune music scene.

The album will likely find its way to the top of the charts and receive mixed reactions from critics; it may prove disappointing to some hardcore fans. Listeners who were never fans of the band to begin with may find it as a reason to renew their criticism.

When the dust settles, however, this will prove to be a very important record.

This is a musician’s album, plain and simple. Musical history over the decades teaches us that at some point most artists will struggle with their own success. Kurt Cobain felt trapped in the grunge sound; the same can be said of The Beatles in their own scene. Time and time again, musicians either change, die a painful death, or wait patiently for the reunion tour.

Neil Young is perhaps the guiding light on the subject because he has always followed his own muse. Queen and U2 are also examples as they struggled to revive what made them fall in love with music to begin with. There is a whole music history lesson here, but that is for another time.

Wilder Mind is just that. It is a call for a wilder and wider mind. It is an invitation for a broader experience because it is never good to be trapped inside a banjo.

In their third studio release, Mumford & Sons retain the qualities that made them a great rock band. Wilder Mind continues to explore their incredible melodies and lyrical depth. The booty-centric lyrics of Meghan Trainor have sadly become an industry standard, so it is quite refreshing to have the opportunity to still use one’s mind – that artificial muscle no one cares to train or exercise.

“Tompkins Square Park” is a gem of a track. The melody is beautiful and Mumford’s voice is very haunting. It’s a wonderful way to start the record.

It’s important to note that Mumford’s voice remains the focal point of every track. The producer did not bury his voice behind distortion or some elaborate instrumentation. It is easy to follow the lyrics and understand the human pain trapped inside his voice.

The drums and bass unify the sound of the album. They are the cornerstone of most bands, and here they have been called upon yet again as the main harbinger of the new direction. The most pleasant surprise were the very brief but lovely guitar solos, which were so delightful that it’s a little disappointing they didn’t infiltrate the later tracks.

Have no fear. This is a great recording. It’s one that will invigorate Mumford & Sons and inspire them to continue to fill the great musical landscape with great tracks.

If you missed a chance to score tickets to the very intimate Toronto gig a few weeks ago, you will be very disappointed that the Niagara-on-the-Lake show on June 15th is sold out. Your only remaining option is to catch the band in Quebec or Western Canada in August.