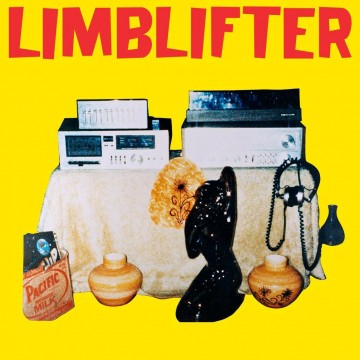 Limblifter is back and rousing nostalgia for old fans of the Vancouver indie rock band.

Having first heard the heavy guitar songs “Screwed it Up” and “Tinfoil” off their self-titled debut album in 1996 (as a bright-eyed, second-year university student), I was skeptical whether Limblifter had any more songs in them for a sophomore album. After waiting five years for Bellaclava to come out, I did enjoy the ethereal, feel good summertime-like “Wake up to the Sun.” Recently, I came across their acoustic version of “Wake up to the Sun” and fell in love with them all over again.

Now, 11 years after their previous album I/O, and off the re-release of their first album, Limblifter comes out with their fourth album, Pacific Milk. I was excited to see whether they could charm me with their “indie rock” tendencies once again; I tried to be as objective as possible and put my Limblifter fanboy heart aside.

Looking at the cover of Pacific Milk, I’m digging the kitschy look with the old stereo system and pottery. Eerily, this reminds me of my parents’ basement in the 1970s, with orange shag carpeting. Looking at the track listings with 12 of 13 tracks being under 3 1/2 minutes, you’d wonder if they were going for short term quality rather than more drawn out, lengthier tunes of largesse.

“Cast a Net” is a welcome intro to the album with its upbeat, catchy guitar intro and singer and guitarist Ryan Dahle’s falsetto hook. It brings to mind a solitary cowboy figure galloping towards a gun-slinging fight. As we spill over into the second song, “Dopamine,” the guitar and bass opening is reminiscent of a long-lost Franz Ferdinand song, just waiting to be heard. Toward the middle of the album, the vocals for “Under the Riot” are a bit Regine Chassagne-esque. Which then brings us to the short, 46 seconds of “I Deleted You.” It would have been epic if this vignette was played by an orchestral wall of sound with violins and cellos instead of the synths. Unplugged, anyone? The track “Suspended” is a happy, upbeat song that seems to repeat melodically and doesn’t quite go anywhere. “The Fauves” has a nice call and response feel as the vocals of Dahle and Bradfield play off each other nicely, while the drumming and the bass march the song along. We end with the longest song on the album at 4:20 (enter gratuitous cannabis joke here), “Juliet Club,” with the synths at the forefront (again) in the intro. They continue in the background throughout the song as Dahle’s chromatic storytelling vocals lead us on a relaxing journey while the bass playing picks up to add a somber tone to the song.

If you’re looking for something with a higher level of instrumental complexity and thought-provoking lyrics, this may not be your album; but with catchy guitar riffs and foot-tapping, steady drumming, Pacific Milk is an interesting listen. The tracks play with a relaxing light-heartedness in both vocals and instrumentals, while the sound of their previous 1996 heavy, guitar-riffing “Tinfoil” has become a distant, faded memory. In the end, with the synths and Dahle’s distorted vocalizing, this album is a departure from the 90’s Canadian alt nostalgia, which is a good thing. It’s great when music artists experiment and try new things while not getting comfortable with their “signature sound” that gained them mainstream notoriety. Pacific Milk is Limblifter’s attempt to reinvent the band’s sound, and it’s a commendable effort, even though most of the songs have similar instrumentals and not a varying, wide range of melodies from vocals or guitar. Some tracks are short but that was the album’s strength as it keeps interest throughout, which is difficult to do with the 21st-century listeners’ short attention spans.

Dahle himself has said that working with Hawksley Workman and Hot Hot Heat’s Steve Bays as part of The Mounties (2013) helped re-energize his creative juices in bringing back a Limblifter album. If that’s the case, then I’m all for Dahle being in other bands if the outcome is a continued, solid selection of Limblifter songs in 2015 and beyond for us longtime fans and newcomers. And almost 20 years after Limblifter’s self-titled debut came out, Dahle can still write songs that keep you interested.

Insert pretentious stuff about me here. I was born at a very young age. I am pretty, funny... without the comma. Easily distracte
RELATED ARTICLES
album reviewslimblifter
8.0