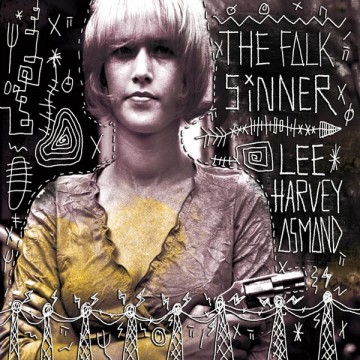 The great thing about Lee Harvery Osmond is that you can immediately set the band apart from others. They have their own sound that puts them in an elite group of Canadian roots rockers. A seasoned set of characters make up this dynamic band, with core members Tom Wilson (Blackie and Rodeo Kings, Junkhouse), Michael Timmins (Cowboy Junkies) and Josh Finlayson (Skydiggers). Along with this platinum cast of players, the album is graced with guests Hawksley Workman, Margo Timmins, Oh Susannah, Paul Reddick, and the list goes on…

Standout songs include: “Devi’s Load,” an upbeat tune with Paul Reddick on harmonica and some cool backing percussion on the xylophone. It’s a cool shuffle tune that’ll get you dancing in no time. There is real beauty found in the song titled “Big Chief,” featuring Tom Wilson and Oh Susannah on vocals. She takes the lead on one of the verses and has such a sweet and tender voice that lends well to the Lee Harvey Osmond sound. Without giving too much away, these two simply make a perfect duet. The best track of the release is “Break Your Body” – it will leave you speechless. With Tom Wilson and Hawksley Workman, “Break Your body” peaks at the chorus when Mr. Workman steps up to the mic sounding like an angel and taking the song to untouchable heights. The addition of saxophone and keys conjure images of a foggy New York City night, with steam rolling out of manhole covers, you’ll know what I’m talking about when you have a listen.

Lee Harvey Osmond has just set the bar to an unthinkable apex for 2013 with the release of The Folk Sinner, I’ll be surprised to hear anything of this caliber anytime soon.

Andre has been writing for The Spill Magazine for over 12 years, dating back to the print days. His passion for music goes far beyond writing reviews for new music and live concerts, he is also an active musician and producer on the Canadian music scene. Having toured North America and Europe with various acts, he is no stranger to dedication and work ethic new bands must endure to make the grade in today's market; Andre always delivers perspective writing that is authentic and to the point. Mr. Skinner typically covers indie rock, grass roots, electronica and is our resident hard rock and heavy metal specialist. He is extremely selective on what bands he covers for articles and you can rest assured they are ALWAYS band to watch with something left of centre to offer.
RELATED ARTICLES
album reviewslee harvey osmond
10