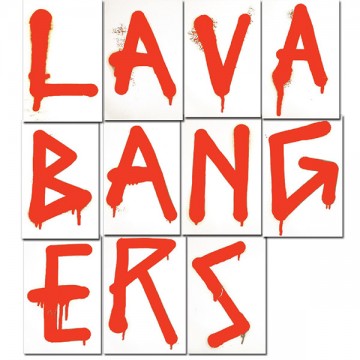 To the average Joe, the closest one comes to being as cool as a Hip-Hop artist is by turning up the beats, cranking the windows way down in a ‘pretend’ pumped up car, while rolling down Main St. The new instrumental Hip-Hop album, Lava Bangers, by Lazerbeak is not only deserving of cruising glory – but should be high on the list of any Hip-Hop connoisseur.

Lava Bangers, which consists of 20 tracks produced and mixed by DJ Plain Ole Bill combines the best qualities of instrumental music with the endless confidence of Hip-Hop beats. Specifically, the track “Smash Hit” effectively creates a complex, layered symphony of sounds, melodies and dynamics which leaves the listener in a pure state of Hip-Hop satisfaction. Lazerbeak exhibits an astounding sense of timing, never allowing the listener to grow tired or disinterested, but rather continually chasing the next high until the song reaches its conclusion.

Lazerbeak’s Lava Bangers speaks to the ultra-Hip-Hopper we wish we were and is an album that should be heard by anyone who enjoys a good beat.

The Spill Magazine is a Toronto-based online publication dedicated to covering the independent music scene with a strong focus on our thriving hometown talent. Our writers bring you up-to-date news, in-depth features on musicians and reviews for the latest CD releases. We also travel to the front lines for all local festivals including Canadian Music Week and North by Northeast. Don’t forget to check out our Facebook and Twitter pages for all daily Spill updates.
RELATED ARTICLES
album reviewsbe
7.0