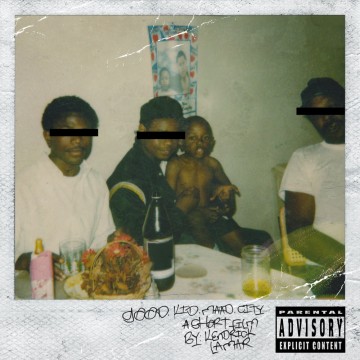 Quality music. Kendrick Lamar’s second studio album, good kid, m.A.A.d city, is refreshing and shows that quality Rap music is still alive today. Sharing his innermost feelings, memories and thoughts, this album will hit a note with people. Everything from the structure, lyrics, packaging and album itself is worthwhile.

Keep in mind that on this record, Californian rapper the Compton, is giving you himself as he was at the age of 17, just a young adolescent trying to handle everything life throws him. Rapping about sex, drugs, violence, puberty, friends, the city he’s from, his feelings, this record is all him.

Opening with “Sherane a.k.a Master Splinter’s Daughter,” where a prayer is said prior to him spitting his rap about this girl Sherane, then concludes with a voicemail. “Backseat Freestyle” is raw and heavy, a track that showcases this young rappers talent. The most popular track off this album, “Swimming Pools,” gives only a little bit of insight of what to expect on this LP.

good kid, m.A.A.d city has a number of appearances by other reputable rappers including MC Eiht, Jay Rock, Drake and Anna Wise and also includes a number of producers including Dr. Dre (Lamar’s coach and executive producer on this album), Pharell Williams, Scoop DeVille, T-Minus, Hit-Boy and Just Blaze.

Each track on good kid, m.A.A.d city is unique and impeccable, making this album one that should be a milestone in Rap history. Each cut took something from the others and made this a solid piece of work without any repetition or copy and paste work. The stories that Kendrick Lamar tells on this LP couldn’t have been done better; he’s outdone some of the most popular rappers of today and set a new bar.

The Spill Magazine is a Toronto-based online publication dedicated to covering the independent music scene with a strong focus on our thriving hometown talent. Our writers bring you up-to-date news, in-depth features on musicians and reviews for the latest CD releases. We also travel to the front lines for all local festivals including Canadian Music Week and North by Northeast.Don’t forget to check out our Facebook and Twitter pages for all daily Spill updates.
RELATED ARTICLES
album reviewskendrick lamar
8.0