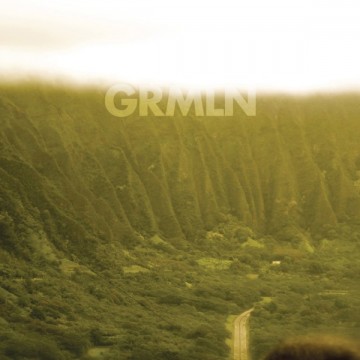 Placid, laid back, dreamy; these are three words that can be used to describe GRMLN’s debut Explore EP. Based out of California, GRMLN sounds the part; sunny and warm, tinged with hints of nostalgic melancholia.

GRMLN’s sound is reminiscent of a combination of Ducktails (the side project of Real Estate’s Matt Mondanile) and a touch of Bon Iver; relaxed percussion, stringy guitars and distant, demure, and sometimes plaintive vocals. But instead of putting his own twist on it, GRMLN’s Yoodoo Park often comes off as more of a fan paying homage than an innovator.

This, of course, isn’t a totally bad thing. “Patio,” one of the album’s more gloomy cuts sounds like a Bon Iver B-Side, layering lachrymose falsetto vocal lines over arpeggiating guitars. By far the most heartfelt and emotional track on the EP, it clouds the listener with feelings and memories of things long gone. On the other end of the spectrum, “Relax Yourself (Dolphin Cry)” manages to retain its composure while being poppy and upbeat, and seems like it came straight off the soundtrack of a quirky Michael Cera movie.

Overall, the style is somewhat played out, Explore is promising and fairly enjoyable; GRMLN wears placidity well, and are worth keeping an eye on in the future.