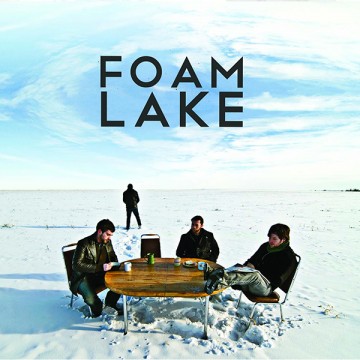 Force and Matter is a re-release of Foam Lake’s independent debut from last year. Two bonus tracks have been added (“The Fall” and “Bus Stop”) and the album has been remastered.

My original assessment was that this was a promising debut, and that still holds true. The songwriting is well above average, and the remastering work does help to give the album a more cohesive sound. The album bounces between playful sounds (like standout opener “True Hearts”), to a Peter Gabriel style of post-Rock confessionals (“Too Late”), to early Radiohead-styled melancholy (“Baggage”).

The production is still occasionally a distraction, with abrupt changes in vocal sounds shattering the immediacy or grandiosity you’ve settled in to. Beyond “True Hearts” the best songs are still “Baggage” and “Last Chance” which has been retitled as “Fight” – and three cuts are stellar. The new songs really just pad the length of the original album, neither tipping the bands direction nor eclipsing the best songs from the original.

The band has been touring extensively of late and I’m anxious to hear how that affects the next release. However, this reissue is really just buying time for a more definitive recording. If you still haven’t checked out Foam Lake, at least give a listen to the songs mentioned. If you did invest in the original album, skip the reissue and wait for the new album.