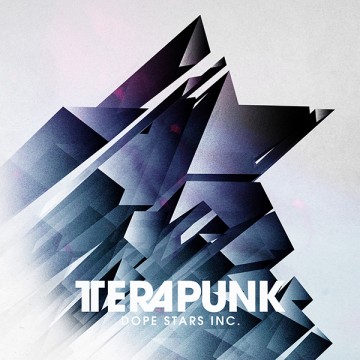 Dope Stars Inc. is an alternative and industrial rock band from Rome that was founded in 2002. The band has released four albums and three EPs, along with their upcoming TeraPunk. Described as having a “bratty rock’n’roll sound and attitude” by their biography, and known as “pioneers” for their genre, the band has seen a fair amount of success by touring in Europe, being nominated for awards in magazines, appearing on the front page of The Pirate Bay, and keeping control over their distribution.

The album is hardcore from the start – right when you press play, heavy synths, bass, and drums blast from the speakers. While beats and certain lyrics are catchy and repetitive, a lot of the songs sound very much similar after a while because of the lack of using different notes.

Some people may find the heavy chords and synth combination a headache, and others may see it as the future of music. Overall, TeraPunk is a take-it-or-leave-it kind of album.

Music and writing have always been a big part of Sabrina's life. She would "borrow" her dad's rock and metal CDs from his collection and listen to them while going through the art books. Although she doesn't write angsty poetry anymore, she does have a Bachelor's Degree in Journalism which she uses to pursue a creative career path. When she's not writing, Sabrina can be found juggling a coffee cup and DSLR or Instagramming her food.
RELATED ARTICLES
album reviews
7.0