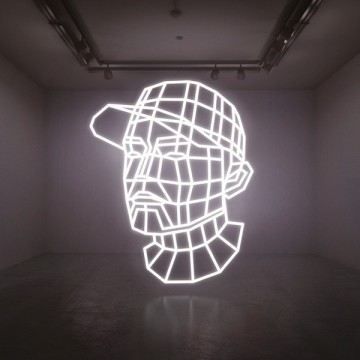 Bringing his talent and diversity to the studio and turntables, DJ Shadow’s Reconstructed: The Best of DJ Shadow is a great album to start novice and ‘soon-to-be’ fans. It brings back his old hits that most of us have heard at least once or twice, whether we realized it or not. The album features collaborations of genres including Jungle, Jazz, Psychedelic, Classical, Drum and Bass, Hip-Hop and more, making it a fit to many people’s musical tastes. This album showcases songs like “Midnight in a Perfect World,” being the first bit of ear candy to keep you captivated followed by other tracks that give off more of a late night drive type of feel. “Listen,” “Six Days,” and “Organ Donor,” being a few of them to make your ’90s memories rush back to the forefront. This greatest hits brand of album is just a mere taste-test of different times in DJ Shadow’s career. Many people of all different musical tastes and backgrounds can come together and enjoy this album, not to mention the rest of DJ Shadow’s music. This is a collection that should definitely be added to every music-lover’s collection.

The Spill Magazine is a Toronto-based online publication dedicated to covering the independent music scene with a strong focus on our thriving hometown talent. Our writers bring you up-to-date news, in-depth features on musicians and reviews for the latest CD releases. We also travel to the front lines for all local festivals including Canadian Music Week and North by Northeast. Don’t forget to check out our Facebook and Twitter pages for all daily Spill updates.
RELATED ARTICLES
album reviews
6.0