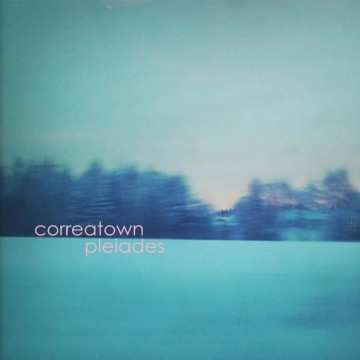 I would be remiss if I did not immediately confess that Correatown’s new album probably won’t be on any of my iPod playlists; nor will it be transferred from my iTunes library onto a CD so that I can listen to it my car because, for the most part, I would need to be in a certain kind of introverted mood to listen to these songs frequently. Be that as it may, Correatown’s album has all the qualities of worthwhile, inspiring music. The finest quality of the music is how open and intimate it is. When listening to the album, it feels like the songs are made up of entries from a personal journal or diary that stream out of the pages in delicate melodies and wispy, tranquil harmonies and coast their way into your ears. The reflective nature of tracks like “Valparaiso,” and “Isomer” show just how pensive and poignant the songs on the album can get. The tone of the album is reminiscent of early Great Lake Swimmers albums in that it is mostly down-tempo and simplistic, but imbued with an overwhelming amount of beauty that is both exquisite and haunting. The compelling (even though it is subtly employed) blend of Folk infused with synthesizers goes a long way to deepening the emotions invoked by each individual track. Though not quite as minimalistic as a Bon Iver song, Correatown’s music is often reserved, with modicum pomp and frills. But like a Bon Iver track, there is nothing distracting the listener from the lyrics. Correatown’s music is true musical poetry with poignant, introverted lyrics coupled with simple music that perfectly complements the lyrics and makes for a very satisfying album.